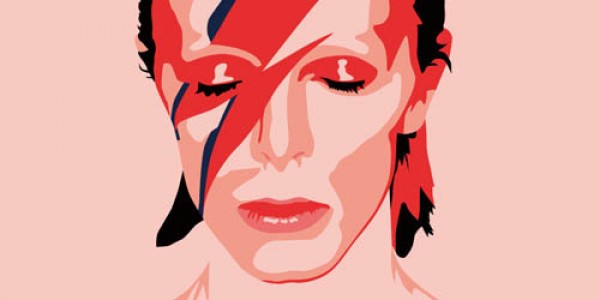 January 17, 2012. The new semester is just beginning and everyone is looking uncomfortably cold.
January 17, 1996. David Bowie was inducted to the Rock and Roll Hall of Fame.

David Bowie (or David Robert Jones, but that doesn’t have quite the same ring to it) was born on January 8, 1947 in Brixton, a part of London. He initially became interested in music when his father brought home some 45s, including Elvis Presley and Little Richard; and, he became interested in dance due to a music and movement class at Burnt Ash Junior School. Bowie continued on to study music, design and art at a technical high school.

At the age of 15, Bowie started his very first rock and roll band, playing mostly at weddings and local youth-oriented events. However, it wasn’t until his hit 1969 single “Space Oddity,” that Bowie made it big. From there on, he released a copious amount of amazing and extremely popular albums. Including Space Oddity (which featured the single that made him oh-so-very popular), The Rise and Fall of Ziggy Stardust and the Spideres from Mars (complete with amazing make up featured at the top), Let’s Dance and Tonight.

And, in Janurary of 1996, this incredible performer was inducted into the Rock and Roll Hall of Fame with David Byrne and Madonna has his presenters. This was the eleventh annual induction dinner.