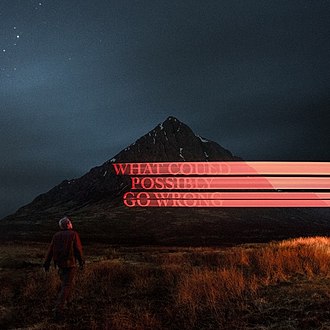 The past several years has seen streaming become the primary method for people to enjoy music by a landslide. Streaming has not only revolutionized the music industry in regard to the public’s consumption of music, but also in how it opened the door for people to rise to stardom without needing an “in” to enter the industry. Anyone with a laptop and some recording equipment can make music in their bedroom, upload it to any number of streaming services and see overnight success lay the foundation for a lucrative career.

Many notable artists over the past few years — like Juice WRLD, Lil Uzi Vert, BROCKHAMPTON and XXXTentacion — rose to fame in such a manner, independently releasing music onto Soundcloud that went viral and catalyzed all-out bidding wars between record labels that desired to sign them. Since being signed, these artists have experienced massive commercial success and many of them now are household names among younger listeners. It is now time to preemptively add another name to that list of self-made stars: 24-year-old Florida singer, songwriter and pop-rapper, Dominic Fike.

The Naples native independently released his Don’t Forget About Me, Demos EP onto streaming services in 2018 and, thanks to his hit single, “3 Nights,” which charted at number one on the US Billboard Alternative chart, Fike was inked to a $4 million deal with Columbia Records. The massive deal came as no surprise given Fike’s incredible success on his own, much of which stemmed from his ability to pull styles and sounds from his contemporaries and sew them together seamlessly with his talented vocal range and songwriting. After his massive record deal and a successful year that saw him collaborate with BROCKHAMPTON, Halsey and Kenny Beats, Dominic Fike has just dropped his long-anticipated debut studio album, What Could Possibly Go Wrong — and it doesn’t disappoint.

Kicking off the debut LP is “Come Here,” a track that could fit perfectly into any given Jack White album with its wily, reverbed electric guitar backing Fike’s screamy and pitched vocals that drive the aggressive beat forward. At only one minute and seventeen seconds, Fike opens the album on an explosive yet cursory note, establishing a dark tone that is immediately whisked away by the following song, “Double Negative (Skeleton Milk).” The first of many earworm tracks on the album, it sports vintage harmonic Dominic Fike vocals atop a poppy beat where he paints the plight of his significant other, who is struggling through identity issues, in an oddly catchy and charming manner.

The following song, “Cancel Me,” sees Fike plant his feet firmly into pop-rap stylings akin to a young Mac Miller, made complete by the quirky, stripped back and upbeat instrumental. Headed by sporadic drum hits, slowly evolving piano key taps, an ebbing bass and a catchy hook to supplement his most confidently delivered verses on the album, this song is Dominic Fike at his best.

As proven by his perennial hit “3 Nights,” Fike and beats constructed around guitar parts work in cohesion like Jim and Pam. Dominic has fully embraced this formula with songs like “Good Game,” “What’s For Dinner?” and “Vampire,” using different guitar riffs to create three respectively laid back, groovy and melancholy tunes that all constitute high points on the project.

At the album’s midpoint Fike once again leans heavily into pitched vocals with “Chicken Tenders,” except now for the purpose of emanating a lighthearted vibe throughout the track rather than an aggressive one like in the album’s opener. In tandem with a candidly poppy instrumental, Fike’s pitched singing and lyrics about enjoying room service chicken tenders with his significant other exude an aura of innocence that makes the rather silly track both endearing and catchy.

A prevalent gripe to be had with What Could Possibly Go Wrong is the brevity of many of the tracks. Songs like “Superstar Sh*t” and “10x Stronger” seem like they’re a verse or two — or perhaps a good beat switch — away from being one of the album’s better tracks, yet they lack that necessary final component to round them out as memorable listens. While songs such as these leave the listener with a little more to be desired, even the album’s most fleeting moments are charming enough that they do not work greatly to the detriment of the project as a whole and can still be revisited fondly.

While Fike does posit some forgettable songs on the album — like “Wurli” and “Joe Blazey”— the lows on What Could Possibly Go Wrong are far from being poor tracks, they just don’t work to Fike’s strengths like the album’s best tracks do. Dominic is at his best when he’s delivering dulcet vocals and memorably catchy hooks like he does on “Why,” or when he spits relatable, emotionally raw bars over oddball beats like he does on “Politics & Violence.” Though there is something to be said for an artist experimenting with different musical formulas, the tracks where Dominic utilizes his traditional style and flaunts his hallmark tongue-in-cheek attitude — of which there are many — make for the album’s greatest moments.

All in all, Dominic Fike’s new album makes for a blissfully pleasant listen. Pulling pop-rap influences from the likes of Kevin Abstract and Mac Miller, employing stripped back and tranquil production styles reminiscent of Syd or Still Woozy, and utilizing Frank Ocean inspired pitched vocals, What Could Possibly Go Wrong is an amalgamation of different sounds held together by the glue that is Dominic Fike’s talent. It takes a gifted artist to be able to pull from so many contemporaries and still be able to concoct a sound unique to themselves — Fike is that level of gifted. For 34 minutes of nothing but catchy, short tracks and all-around good vibes from one of music’s next big pop stars, be sure to give What Could Possibly Go Wrong a listen.