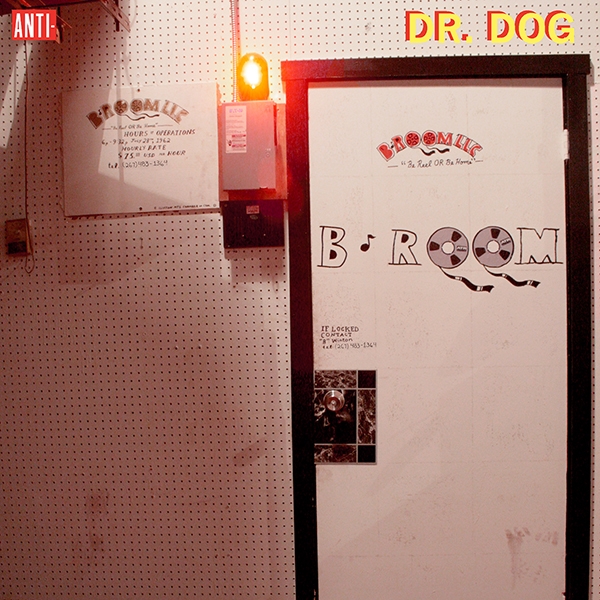 On October 1st, Dr. Dog, led by Toby Leaman and Scott McMicken, released its seventh full-length album, B-Room. The album has already been met with mixed reviews, but the truth is that there is a lot to love about this album.

One of the criticisms for the album is that it carries less momentum than Be the Void. It’s true that slower-paced songs outweigh the faster ones, but to say that the slow tempos cause the album to feel boring would be missing the mark. Good instrumentation on most of the songs keeps the album away from a stale or beaten mood, and creates an energy that you could either tune into the music with scrutiny, or leave on in the background—both of which create pleasant results.

Dr. Dog shows their ability to score multi-layered songs throughout the album, but most prominently on tracks like “Phenomenon” and “Long Way Down.”

The album also employs tasteful amounts of brass and fiddle, both of which add a richer sound to accompany the basic rock instruments. But even the basic elements push each song forward. For example, there are a couple of moments when McMicken’s lead-guitar-playing proficiency shines through. Such moments occur most clearly on “Long Way Down” and “Cuckoo,” when McMicken gracefully makes the well-defined tones sound like come from his mind naturally.

Like on past albums, their occasional use of the organ makes the music feel a little retro, and there are moments when the music seems evocative of Deep Purple. Also, Dr. Dog’s use of the piano adds immensely to the richness of the album. Though they use the piano somewhat minimally, it gives an organic tone to several songs, especially “Rock & Roll.”

“Twilight” comes out of nowhere in the second half of the album, and it turns the mood into one that could have accompanied the typical cinematic 1950’s teenage date, where the couple sits on the hood of a Chevrolet, looking at a lake and sharing French fries.
A couple of songs later, “Mt. Slippery” begins the winding-down process of the album as the band carries the tune a capella, providing a soft contrast to the preceding produced and layered songs.

“Can’t Remember” seems like an attempt, not entirely in vain, to welcome the winter months, as sleigh bells usher in saloon-like piano chords, before the song moves into mellow-rock territory. The song ends with a strangely whimsical noise, which sounds like synthesized bird chirps. It also offers one of the album’s most prominent examples of simple, but tender lyrics, such as, “I can’t remember too much more, but I remember what your love was for”

“Humble Passenger” is a nice end for the album, because it recycles several elements used throughout the album, without weighing it down into repetitive territory. Dr. Dog brings everything together in a way that is both contemplative of their work, as well as suggestive of possible future endeavors, nodding to unexplored territory. It ends with recordings of nature, along with gentle and harmonized humming, leaving the sense that the end has come at the right time, without too much or too little of anything.