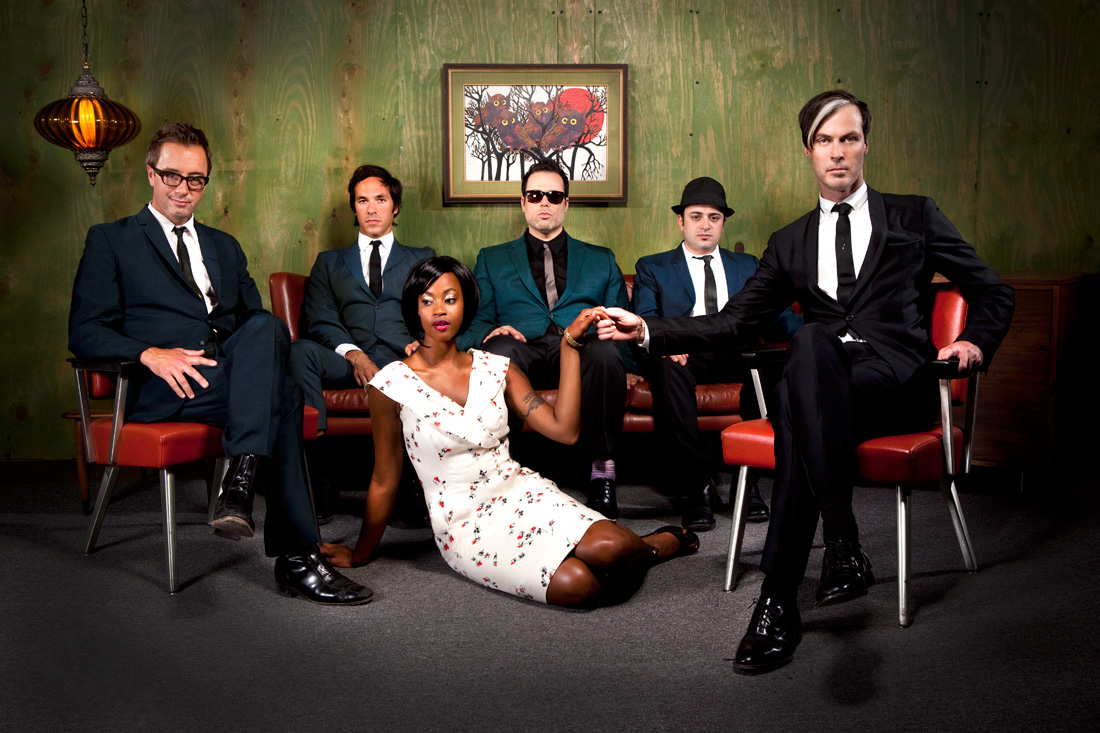 Disconcerted with the gloomy, rainy Wednesday night at U of I, Fitz came out blazing with energy ready to put on the show everyone had been patiently waiting for. Their hit song, “Out Of My League,” from their sophomore album, More Than Just A Dream, climbed to the top of the charts in no time, leaving everyone eager to see if they could live up to their new highly acclaimed titles.  With their songs starring in commercials for big brands like, Google, At&t, and Spotted Cow, Fitz’ fan base grew remarkably fast. Their tour stared with a bang as the first two shows were completely sold out.  So, who exactly are these guys? After their show on Wednesday night, it’s safe to say they are the modern day electro-pop version of Hall and Oates with just with a slash soulful sax, woman’s vocals, and an impressive amount of energy.

As the lights in Champaign’s State Farm Center go pitch black, the crowd begins to wail in the anticipation for Fitz & The Tantrums presence. A break of light begins to fill up an electric heart, mirrored off their latest album, that they used as their stage backdrop theme. Alongside the heart is the eerie, washed out remix of their hit song “Out Of My League” beginning to play as the members of the band slowly creep out amongst the shadows. The stage then explodes with impeccable lights and sounds as the band breaks into their opening song, “Get Away.” The two front men, Noelle Scaggs and Michael Fitzpatrick brought an electric chemistry as they sang towards each other, almost completely leaving the rest of the band in the shadows. While I’ll agree there was great energy coming from the stage, most of the effort seemed a bit forced. Fitzpatrick stopped a few times before songs to bring the crowd back into the show with phrases like, “I need to know if you think that you’re sexy in this house right now. I need you to make some noise.” Naturally the fans roared and it was back to awkward dancing and a very staged performance.

The majority of the show revolved around Fitzpatrick and Scaggs singing at each other and doing synchronized, cheesy dance moves, really making the whole show sort of a blur.  The crowd seemed to be holding on for their hits, “Out Of My League” and “MoneyGrabber,” however; they did end most songs with gnarly baritone and tenor saxophone solos by their sax player, James King.  The guy had a very Blues Brothers- type appearance and came out from time to time just to wail on the brass instrument, giving the crowd something awesome to shout about. On one of their songs they even had the musician from Capital Cities come out with his trumpet and do a stunning brass battle against the saxophonist. There were explosions blasting off every few beats and the stage turned into a wild circus of sound. Even the 50-year-old dads next to me found their inner teenage self and went nuts to this battle.

The band sounded the best on the song “Fools Gold,” which emulated the strong voices of Fitzpatrick and Scaggs as they harmonized and even had a few flare solos. Accompanying the singing were blazes of gold, bronze, and white lights to make it a really regal setting. This was the song where you were like, you know what this band is actually pretty talented.  After the song Fitzpatrick yells at the crowd, “I’m not trying to bullshit you guys but this may be my favorite city in the whole fucking tour.”

Ultimately the show wasn’t anything too spectacular but you can definitely tell they put all they had into the show with confetti pops, a groovy cover of Sweet Dreams (Are Made of This), and lots of crowd interactions.  Fitz has undeniably catchy songs, but when it comes to live performances they should work on making it more memorable and spontaneous. Something about it seemed so robotronic.