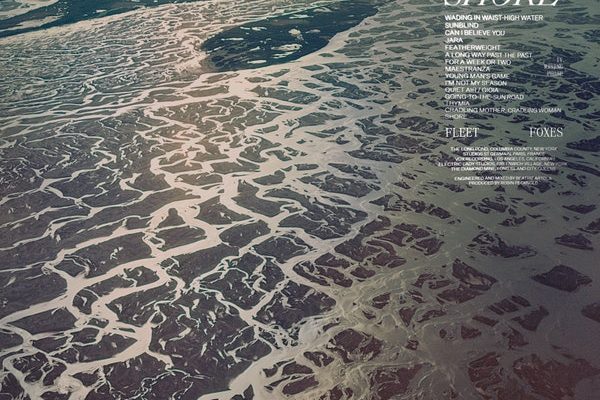 The term “indie” in the realm of music has greatly evolved over the past two decades, seeing plenty of diversification regarding the styles of music that comprise the genre. Under today’s indie music genre lies a plethora of subgenres, with arguably the most extensive of them being indie folk. Some of the indie scene’s most iconic names — Father John Misty, Grizzly Bear and most of Sufjan Stevens’ work — all reside comfortably within the indie folk subgenre. While one may argue that the torch is being passed from the aforementioned indie folk legends to up-and-comers like Phoebe Bridgers and Big Thief, the giants of the genre still remain relevant to date by adding quality music to their stellar discographies.

The latest indie folk giant to bolster their extensive repertoire is Seattle collective Fleet Foxes, doing so through an unconventional surprise album drop. Considering the band is no stranger to keeping fans in the dark — it took them six years to release another album after the groundbreaking Helplessness Blues (2011) — the surprise release of a new full-length studio LP a more than welcome surprise. Effectively terminating a three-year hiatus following Crack-Up (2017), the Washington state natives have just shocked the indie world with one of 2020’s best albums thus far, Shore.

With lead singer, guitarist, songwriter and producer Robin Pecknold at the helm, the band successfully reinforces their reputation as phenomenal mixers of the folk and rock genres as they gracefully blend the two together with exuberant warmth throughout the duration of Shore. The opening track, “Wading in Waste-High Water,” excellently establishes the genial tone that the album embodies. Using untroubled guitar strums and peacefully harmonized vocals that slowly build to the song’s crescendo, the track invokes the image of the sun rising over a quiet pasture coated in dew, signifying the beginning of a fresh new day teeming with life. The promptly established vivacious aura is doubled down upon as the opener flows seamlessly into “Sunblind,” a memorably catchy track and true celebration of life that sees Pecknold pay touching tribute to late artists that inspired him to pursue the path his life has taken.

Pecknold’s songwriting and singing sound as fresh and fraught with emotion as ever, with particularly impassioned vocal performances stealing the show on the retrospective “A Long Way Past The Past” and the earwormy “Can I Believe You.” Such songs where Pecknold emphatically flaunts his vocal prowess constitute sublime high points on the album — thankfully for us, he doesn’t shy away from doing so frequently within Shore’s runtime.

While a spirited and lively tone is diffused heavily throughout Fleet Foxes’ latest album, Shore does provide its share of bleak and contemplative ballads. “Featherweight” is the prime example, with soft acoustic instruments and several dismembered piano solos lethargically advancing the track beneath Pecknold’s vocals that gloomily harmonize with the equally dreary voices of the other bandmates. It’s the first song on the album to sport a minor key and lack an eminent drumbeat, both of which contribute to the song’s somber tone that is rounded out by lyrics that focus on privilege and the brutal unfairness of the world. Also contributing to the melancholy tone that lingers above the album is “For A Week Or Two,” which is comprised only of a slowly marching piano and yet more solemnly harmonized vocals. Pecknold stated that his inspiration for the minimalistic track came from long backpacking trips through the arboreal pacific northwest, saying that the song is meant to invoke the feeling of “carrying very little, and finding some peace in that.”

Decidedly the album’s most intriguing song is “Quiet Air / Gioia,” a suffocatingly inauspicious track that was inspired by a conversation Pecknold had with a climate scientist friend of his. The band’s frontman described the chord progression within the song as having “this kind of expectant feel or something, like an ominous quality, that’s never really resolving.” An apt description it proves to be, as the song begins with a soft instrumental and lyrics that note a foreboding quiet, progressively building up and spilling over into the comparatively hectic latter half of the song that Pecknold describes as “some weird pagan dance…like dancing when the world burns.” The stark deviation from the album’s tone and veiled critique of inexorable human industrialism makes “Quiet Air / Gioia” the most memorable track on Shore and one of the band’s best songs in years.

There is no one track on Fleet Foxes’ new record where the heart and soul of each band member is not firmly present, the result of which being a project that is far too adeptly pieced together for a single album review to convey its preeminence. Shore is a masterful indie folk onion — every listen sees a new layer peeled back, a new musical element unearthed, a new lyrical message revealed. Fleet Foxes may have been quiet the past three years, but their new album is a thunderous bellow that marks their triumphant return to the indie folk scene. A must-listen for any fan of indie music, Shore is a project that should be mentioned in everyone’s conversation for album of the year.