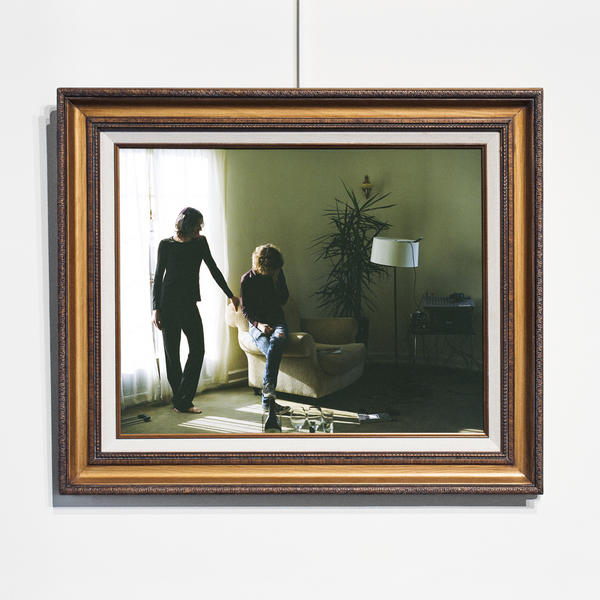 In the almost two years since their breakout album, We Are the 21st Century Ambassadors of Peace & Magic, Foxygen has been through a lot. Between canceled show dates, injuries sustained on stage, tour exhaustion and rumors of internal drama, the last couple of years have been a bit of a mess for the L.A. psych-pop outfit. And the mess of it all is reflected in their new double album …And Star Power, a choatic, scatter-brained, lo-fi splatter of a record bursting at the seams with ideas. On one hand, the novelty manages to keep things interesting enough to warrant the 82 minute run-time. On the other, the lack of cohesiveness keeps the album from being much more than an intriguing clutter of songs which never rises above the sum of its parts.

The album is split into four sides, with the first side split into two parts, detailed in the liner notes, but the shift between each side is jarring enough that you hardly need to read them to pick out where the divisions are. The first side is titled “The Hits” and, aside from the burst of noise that is “Star Power Airlines”, it contains all the things fans of their last album have come to love. “How Can You Really” is a catchy glam-pop gem and a clear album highlight. The shift from spacey melancholy to the bright and jovial coda on “Cosmic Vibrations” is a bit reminiscent of “On Blue Mountain”, which pulls a similar trick for its chorus.

Part two of the first side consists entirely of a four song series called “Star Power Suite”. Following the overture, which has pretty much nothing to do with the rest of the songs in the series, come a pair of songs featuring other bands from the L.A. area. “Star Power II: Star Power Nite” features garage-rock band Bleached, but you’d hardly notice if you weren’t looking for it. “Star Power III: What Are We Good For” begins with an incoherent rant by of Montreal’s Kevin Barnes, sounding like a beat poet backed by a rock band and brass section before breaking into a catchy pop hook which lasts for the rest of the song. Despite the absence of any real connections between the songs in the suite, the eclectic quartet of songs is really fun to listen to when taken together.

Side two, “The Paranoid Side”, is where things start to really deviate from what one expects from a Foxygen album and start heading into stranger realms. There’s the Krautrock inspired “Mattress Warehouse” complete with sound experimentation from the Flaming Lips’ Steven Drozd, the locomotive post-punk “666” and the perplexing “Wally’s Farm” which sounds like Mac DeMarco on an acid trip. The songs here are a definitive change of pace, but they were clearly written with a pop mentality so they all have some kind of hook to catch your ear.

The third side, “Scream, A Journey Through Hell” takes the pop mentality of the rest of the album, throws it out the window and turns into a full on trainwreck. “Cold Winter/Freedom” and “Can’t Contextualize My Mind” are noisy and experimental, while also being throughly unpleasant to sit through. They bring the album to a screeching halt and really just sound out of place and self-indulgent. The White Fence featuring “Brooklyn Police Station” and the chaotic garage-rock gem “Talk” are the standouts here, with hooks that are strong enough to hold up the weirdness that threatens to collapse the whole song.

The final side, “Hang On To Love” consists of the excellent, should-be album closer “Everyone Needs Love” and the excessive, actual album closer “Hang”. But in an album like …And Star Power, excess is the name of the game. The album is a bloated mess, scattered with a few excellent songs and filled with excellent ideas, but the execution comes off as self-indulgent with too much noise getting in the way of the hooks that Foxygen is so well known for. On the first listen, the novelty of each track keeps it an intriguing listen the whole way through, but all the filler leaves you wanting more substance on repeated listens.

Highlights: “How Can You Really”, “Cosmic Vibrations”, “Everyone Needs Love”