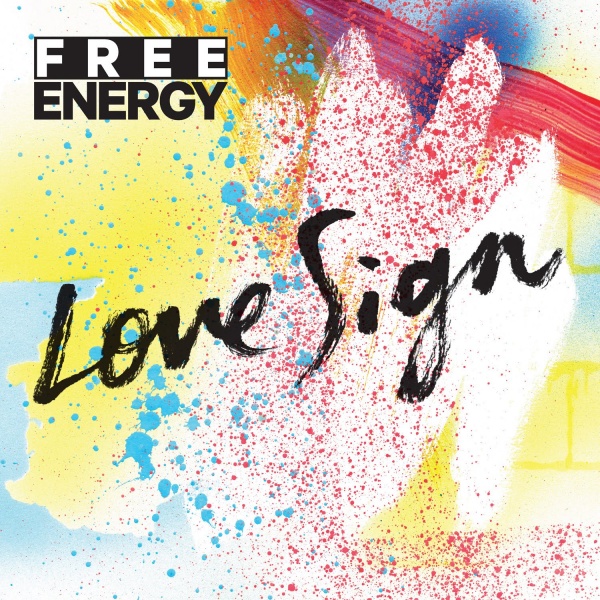 I’ll admit, listening to Free Energy’s sophomore album, Love Sign, turned out to be a bit disappointing, but for good reasons. Their first album was simply too good, and they were destined to disappoint with their second effort. That being said, there are many things that are enjoyable about Love Sign. There just also happen to be a few things that could have been done differently in order to make the album much more interesting and appealing.
One of the biggest reliefs in listening to the album for the first time was discovering that leading guitarist Scott Wells continues to display his abilities as much as on their debut album, Stuck on Nothing. Wells is no Slash, but his solos are still refreshing to hear when put up next to all of the people who can play just enough to “get by”, and somehow still have chart-topping hits. His proficiency especially shines through on “Backscratcher” and “Hangin.” Another of the album’s strengths is Paul Sprangers’ consistently sturdy vocals. At a time when more and more bands are relying on multiple lead vocalists, it is becoming increasingly rare to find an album that has little vocal variety but can still manage to be engaging throughout.
Despite strong vocals and leading guitar riffs, however, the album simply lacks the catchy singles that carried Stuck on Nothing. The rhythm guitars become repetitive and tiring after just a few songs, and even the more tender lyrics seem to come from a place in the heart that has lost interest. The lack of catchiness, though I hate to say it, is probably the weakest part of the album. That is not to say that an album needs to be groomed for popular reception in order to be great. The issue is more intangible than a failure at popular appeal. Catchiness is simply the only thing I can think to describe what made their debut album any better than this one. Love Sign has respectable instrumentation, and is actually quite easy to listen to straight through. It merely lacks the lightness and effortless excitement and creativity of the first. I still recommend listening to Love Sign, just don’t turn it on with enormous expectations.

Check out “Girls Want Rock” below: