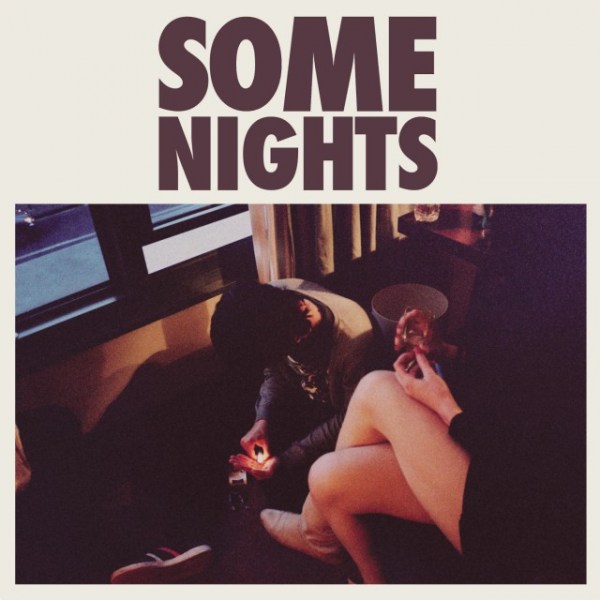 It’s been quite a ride for fun. this last couple of months. They released Some Nights’ single featuring everybody’s favorite R&B singer, Janelle Monae, “We Are Young,” in September. However, listenership truly exploded when the song was featured on the December 6th episode of Glee. The first time I was (forcedly) exposed to Glee’s cover of the song, I was furious. “Those jerks steal good music! They should take their billions of dollars and buy some friggin’ songwriters and leave the independent music world alone!” I protested.

But my cries of remorse were pointless. That week, fun.’s version“We Are Young” appeared at #25 on Billboard’s Digital Song Chart with about 50,000 tracks sold that week. It also almost quadrupled purchases of their debut album, Aim and Ignite from 2009. So, what I’m saying is, we shouldn’t completely blame Glee. Wow. I can’t believe I just said that. Not like I don’t think fun. couldn’t have done it on their own—I just think that Glee acted as a catalyst for well deserved recognition. Alright, that’s enough of the Glee crap. Let’s get to the album.

As I listened to the first track of Some Nights, titled simply, “Some Nights Intro,” I knew that this was not going to be the fun. I have grown used to from listening tirelessly to Aim and Ignite. For starters, the feeling was completely different: whereas the first track of Aim and Ignite, “Be Calm” is upbeat and hopeful, with Nate Rues”s’ clear, piercing tenor voice repeating, “I know it gets so hard sometimes, but be calm.” “Some Nights Intro,” begins with an eerie, quiet piano part, followed by Nate Ruess’ entrance with some pretty bleak lyrics. He sings, “Some nights, I live in horror of people on the radio/Tea parties and Twitter, I’ve never been so bitter.”

The album continues on with the title track, “Some Nights,” which starts out with a very Queen-inspired chorus of Nate Ruess and picks up the pace with some nice percussion and hand-claps—elements that fun. has embraced in previous recordings and that remain throughout most of the album. It gets different about halfway through the song when Ruess experiments with some spoken word: “So this is it? I sold my soul for this?” he asks.

It’s pretty powerful stuff…until the auto-tune comes in. Yes. You heard me right—auto-tune. When I first heard the effect, I thought something was wrong with my speakers. It kind of seems like they borrowed T-Pain’s equipment on a whim before finishing production just to throw it in there and add some [unnecessary] variety. So prepare yourself for that. Now that I’ve listened to the album a couple of times, I’ve gotten to accept the fact that the auto-tune isn’t going away. Be open-minded.

Whew. All of my auto-tune critiquing aside, Some Nights is a definite step in the right direction for fun. One of my favorite things about the album is how perfectly it fits together—it’s quite the musical journey, if you’ll pardon my cheesiness, and it’s completely different from, and darker than, Aim and Ignite. In the tenth song, “Stars” Ruess actually references the first album’s tracks “Pretty Girls” and “Barlights.”  He sings, “Well, some nights I rule the world with bar lights and pretty girls/But most nights I stay straight/And think about my mom, Oh God/I miss her so”.

Some Nights has had a lot of hype, especially after the explosion of “We Are Young.”  And, in this case, the hype is much deserved. Nate Ruess and his bandmates Andrew Dost and Jack Antonoff have hit the nail on the head here—so all I am saying is give fun. a chance. And their auto-tune, I guess.

Check Out: “We Are Young”