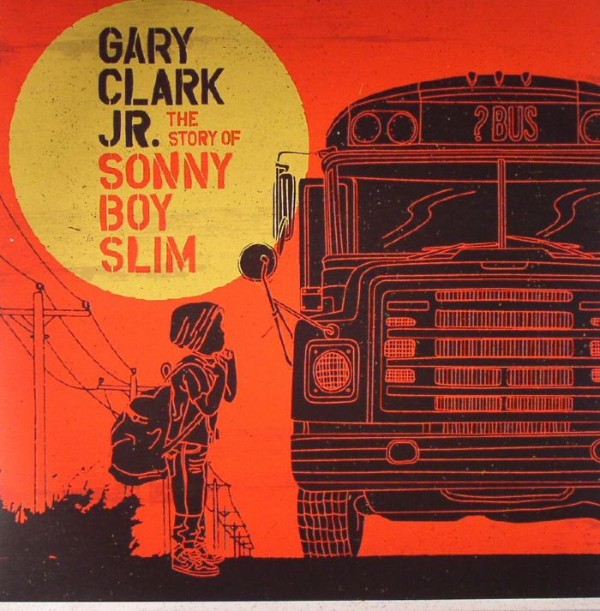 A blues guitarist from Austin, Texas revives the genre almost single-handedly. It’s all too easy to call Gary Clark Jr. this generation’s Stevie Ray Vaughan. You only need to listen to a couple of his live solos to see why even Clapton is excited. Everybody else seems on board with making him a guitar god. Everyone except him. On his new record The Story of Sonny Boy Slim, Gary Clark Jr. tells us that he cares more about the songwriting than his guitar licks.

If you fell in love with Clark for his sense of timing with guitar licks, you’ll still find that and more. Along with the usual fills and solos, he also uses some interesting techniques. In the opening track “The Healing” he plays long fuzzy notes as a background, almost like a string ensemble would in a pop song. The guitars that play that backing sound so huge, it’s an impressive feat that Clark self-produced the album. On “Stay,” Clark plays an emotional solo that utilizes timing and space to really personify the guitar. “Grinder” and “Shake” are no doubt instant classics, the first being one of Clark’s heaviest and most dense recordings and the second having Clark lay down a boogie you’d think was a Kink’s riff.

Clark pushes the envelope genre-wise as well. Slick funky tracks like “Star” or “Can’t Sleep” sound like Al Green with Clark’s unique bite. The closer, “Down to Ride,” shows that he isn’t afraid of creating synthetic sounds, which will be a shame to many, myself included, since Clark is usually at his best when he is at his rawest. The guitarist does make up for it with the intimate acoustic track “Church.” Easily the most memorable, Clark exchanges his signature guitar fills with a harmonica, giving it a very homey Dylanesque vibe. We also get to hear one of Clark’s best vocal takes, as he digs deep and pleads up to God above.

It’s a shame that “Church” is an outlier, not only in genre (I’m crazy interested to see him explore this gospel sound even further), but also in lyrical content. “The Healing” talks about the magic of music, and it’s as cheesy and vague as you’d expect a song like that to be. Other songs rehash common blues themes like physicality and love. Admittedly, “Church” doesn’t have any inherent cunning, but Clark’s vocal delivery really makes you feel his fear when he begs. This type of intimate delivery is missing from the other tracks.

If Gary Clark Jr. ever does want to be remembered as more than just a great guitar player, then The Story of Sonny Boy Slim is a great start for its genre-bending and new sense of maturity. Maybe he will take a second pop icon image soon, much like Clapton did when he began singing more. Maybe he’s doomed to stay a blues player like Gary Moore was when he tried playing disco. The power to decide which side of the fence he falls on is ultimately his. I’d be content with a great guitarist, but if Clark makes an album as explorative as this one but as raw as Blak and Blu, or even some of his live recordings, no doubt he will go on to achieve legendary status as a musician overall.