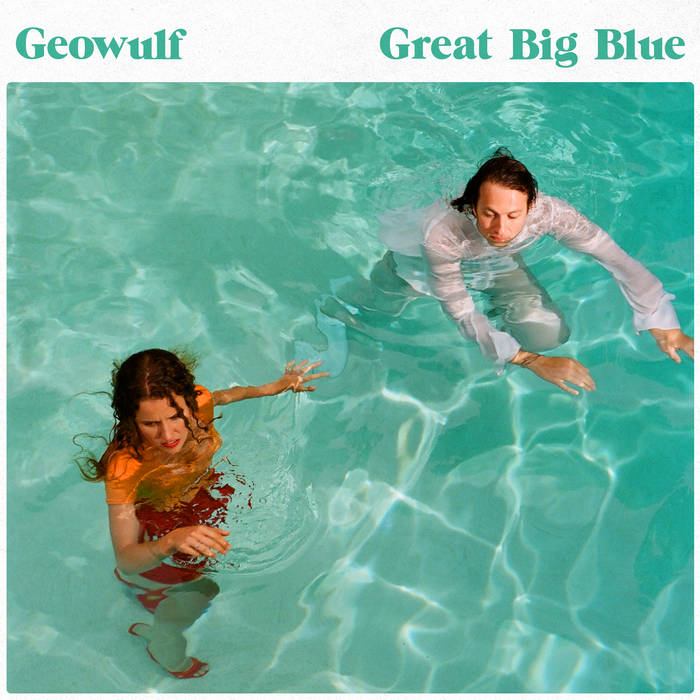 On their debut album ​”Great Big Blue,”​ childhood friends Star Kendrick and Toma Banjanin, otherwise known as Geowulf, paint a pretty portrait of love and heartbreak — and everything in between — in a shimmery, dreamy package. With the crisp, clean vocals of Kendrick and the backup vocals of Banjanin, the duo proves that they have a knack for chilled out, laid back tracks that are the musical equivalent of a lazy summer day. The melodies are easy and breezy and the instrumentals are both playful and mesmerizing, at times seeming to draw influence from the hypnotic melodies of Beach House. Geowulf’s ​”Great Big Blue“​ sums up the fun times, the hard times and the ignorant bliss of our young years.

Geowulf is a relatively young band, forming in 2016 and only releasing a few singles and one EP, ​”Relapse​,” before coming out with their first full-length album in February of this year. The band’s youth — not necessarily in age but in the maturity of their sound — is somewhat apparent in certain areas of the album. As a whole, the lyrics are somewhat repetitive and a bit predictable, but ​”Great Big Blue​” is certainly a beautiful glimpse into the world of Geowulf and all they are capable of. Songs like “Saltwater” give off beachy, carefree vibes — the kind that make you forget about all of your responsibilities. Although this song is by far their most heavily streamed, my personal favorite is “Get You.” This, in my opinion, is the sound we should expect more of from Geowulf in the future. It’s still laid back, but its layered vocals and varied instrumentals make it incredibly captivating. It’s a fun track to listen to — a perfect asset to any summer playlist. It has the typical “I-want-him-but-he-doesn’t-want-me” type message, but it does more than a typical, mainstream pop song. We have Kendrick’s unique vocals and the band’s overall intriguing sound to thank for this.

This kind of theme shows up quite a bit on ​”Great Big Blue​.” Common topics include casual flings and lost love, which is relatable to young people but certainly not innovative. While the lyrical content itself is not extraordinarily profound, Geowulf’s dreamy instrumentation and Kendrick’s sweet, crystal-clear voice sets these songs apart from others of similar lyrical caliber. Each song’s delivery is cool and calm, yet simultaneously melodramatic. They take stereotypical concepts and turn them into something very much their own, laced in enchanting melodies. Standout tracks that really show off their craft are “Hideaway,” “Don’t Talk About You” and “Work In Progress.” They’re impressive and exemplary of the full scope of Geowulf’s abilities.

While there is room to grow, Geowulf certainly does a lot right on their debut album. Crafting a sound that is unique, mesmerizing, and beautifully hypnotic is no small task for a relatively new band, and in my opinion this has been mastered on “​Great Big Blue​.” I will certainly be listening to it as spring turns to summer, and I think most fans of dreamy, glimmery pop will not be disappointed with Geowulf’s fresh sound.