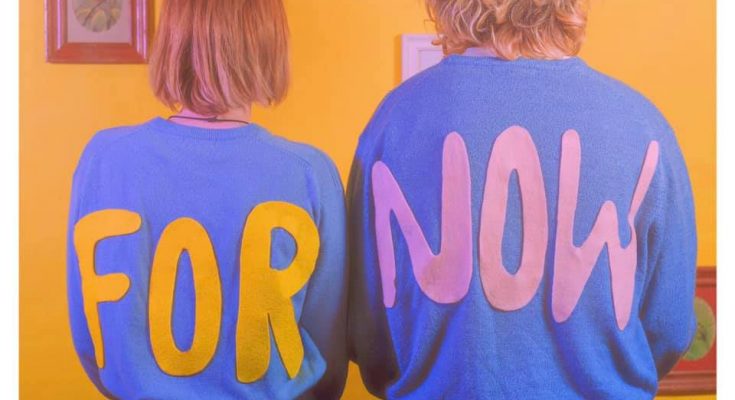 “And if you thought I was heaven sent, I’d almost wish you were right,” croons Kathy Patino, lead singer of Girl K in their song “Wish You Were Here.” But she doesn’t have to wish; with dreamy vocals and melodies, listening to their new album “For Now” is nothing short of an ethereal experience.

The Chicago-based Indie-rock outfit, once a solo effort by Patino, is now a four-piece band made up of AJ Raghuraman, Kevin Sheppard, and Alex Pieczynski. “For Now” is their first full-length album together, an eight-song tribute to living in the moment and embracing your youthfulness. The album, running at just over thirty minutes long, is a powerhouse; it’s obvious the band is coming into its own after several EPs recorded independently.

“Ride,” the lead track, is a summer song through and through.  “But you wait for me in the darkest nights,” is the resounding hook of the song above a pounding guitar melody. It’s no doubt a love song, and a memorable one at that- nineteen-year-old Patino’s vocals combined with Raghuraman’s drums, Pieczynski’s bass, and Sheppard’s guitar make for a song that I’ve been humming since I heard it.

For me, the standout song is the aforementioned “Wish You Were Right.” The song opens with Patino’s soaring voice, a sound that is at once both soulful and bright. “Wish You Were Right” is a song that builds, making you want to dance along and call your ex-boyfriend at the same time as the lyrics discuss possibly-unrequited love and “artificial hearts and crosses.”

Other standouts on the album include the slowed down, sweet-as-sugar “Stephanie,”  and the soulful ballad “So Strange.”

The band goes on tour soon, with their first stop at a small house venue in Urbana on April 27th. One of Paste Magazine’s top fifteen “Need to Know” Chicago based bands, Girl K is an up and coming band ready to take their place on the charts this summer.