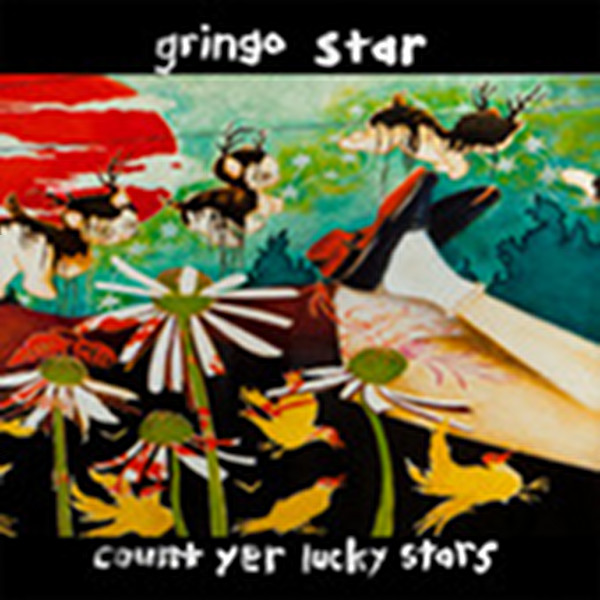 Hailing from Atlanta, GA, the brothers Peter and Nicholas Furgiuele along with Christopher Kaufmann and Pete DeLorenzo bring together a beautiful blend of psychedelic pop and southern rock with a familiar sound reminiscent of early rock and roll to top it all off. That jam-packed sentence is quite analogous to the feel of Gringo Star’s latest album. A surge of passion and high energy embodies the sound of these multi-instrumentalists and the result is Count Yer Lucky Stars.

The album is composed of wonderful and catchy tracks, leaving you aching for more. It opens up with “Shadow”, which is a highly energized track that feeds you a short synopsis of Gringo Star’s independent sound. “Beatnik Angel Georgie” carries lyricism and reverberations that are quite evocative to another psychedelic Atlanta bred band, of Montreal. The band’s nostalgic sound truly comes to life in the tracks “Count Yer Lucky Stars” and “Jessica”, making you second-guess whether or not your playlist had accidentally shuffled to a Beatles track (pre-Yoko).

“Esmarelda” is a brilliantly written track that carries the feeling as if a Spanish Cleopatra is slowly seducing you with her charm. And in an instant, the album releases you from her enticing spell and switches back to Gringo Star’s upbeat rock and roll sound and you have no idea where you are. The last track of the album is entitled “Mexican Coma”, which seems quite appropriate. As the album comes to a close, you feel as though you’ve just awoken from a coma of deliciously, feel-good music.

This album ranges from upbeat music that will make your legs want nothing more but to dance, to mellow lyricism that allows you to sit back and beautifully reflect on your life. Gringo Star truly is on the rise and proves, without a doubt, that they are a force to be reckoned with.

RIYL: of Montreal, The Beatles, The Shins