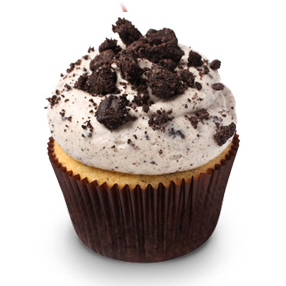 Thanks to the advent of blue tooth speakers and aux cords, everybody has a chance at being the DJ for their friends at parties and on car rides. Being music lovers,our friends are usually excited to see what type of music we listen to, and we’ll play them some cool jams. There are some songs, though, we would never play to other people in fear that they won’t understand the genius of the song. Or more likely because the song is admittedly cheesy or corny or even just too niche in appeal. These guilty pleasures do deserve their spot in the sun and an explanation as to why we still love them.

I have a special place in my heart for intensely moving orchestra music and super nerdy music. “The Jedi Steps and Finale” meets both of those qualifications. After “The Force Awakens” came out last year, I think I listened to this song on repeat for the entire Spring semester. I’ve had friends tell me they know I’m home because they can hear this song playing through my door. The obsession was unreal. I can’t truly describe why I am addicted to this song besides the fact that it makes me feel like a Jedi instead of a normal, blah human. Nerdiness Level: 100. (Written by Maggie Knoll)

He Went to Paris – Jimmy Buffet

Whenever I hear someone speak of Jimmy Buffet it often is coupled with severe mockery. A line from “Margaritaville” and “Cheeseburger in Paradise” blurts out in malignant jest. I, in my shame, love many of Jimmy Buffett’s songs. None more so then the song “He Went to Paris”. It is quite a personal song inspired by the life events of Eddie Balchowsky, a chicagoan who volunteered in the Spanish Civil War. (Written by Harrison Lindholm)

Empire of the Sun- Walking On A Dream

Wholeheartly, this song could never outplay its own charm and appeal. Some times its I put it on excessive replay and the other half the time I spent deciphering the ingenuity behind this Australian duo’s international hit. (Written by Brenda Herrera)

Somebody Told  Me – The Killers

A lot has changed since the seventh grade and though I’ve toned it down with the black sweater and silver chain I wore everyday, my love for the Killers remains somewhere in the deep depths of my soul. If with the right person, it is only natural that I scream out the lyrics throughout the entire song. I still yearn to see them live. (Written by Kayla Martinez)

I don’t really believe in guilty pleasures but let’s just say, if I was DJing in front of a large mass of people I didn’t know and this came on shuffle, I would be slightly abashed. Ring Ding Dong is the renaissance of modern K-Pop and I’ll be damned if it doesn’t get recognized for it’s pure brilliance and performance art. Not only was SHINee on Rolling Stones “50 Best Boy Bands of All Time,” but also a pivotal artist in getting K-Pop into the international powerhouse is it now. And Ring Ding Dong was where it all started. I mean look at this: dancing in water on a rooftop in front of an antiqued car with an entirely auto-tuned vocal track? This is the aesthetic that 2017 needs. (Written by Emma Kelley)

There are plenty of songs that I don’t show to other people (I get that not everybody likes to drink to Iron Maiden), but so far there I have nobody who can appreciate country music with me. Keep in mind, Hispanic millenials from Chicago isn’t the usual demographic for country. That being said, my dad grew up in rural Mexico and he values a lot of the same things they sing about: family, hard work, beer, the open road, etc. It’s a strange thing, but any line Kacey Musgraves sings reminds me of my own dad’s own humble stories about swimming in the river and partying with friends under the stars. (Written by Mateo Muro)