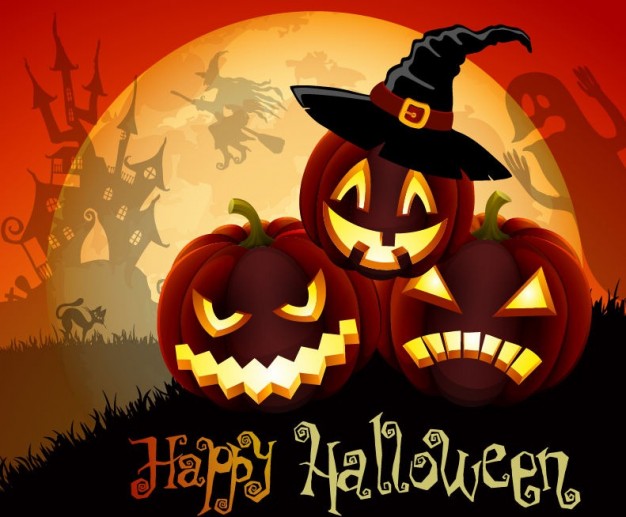 It’s the spookiest time of the year and that means candy, tricks, parties and all sorts of scary stuff. Throw on this Halloween playlist to prepare yourself for the terrors of the night.

The first time I heard this song my hair stood on end. “Strange Fruit” is about the lynching of black men in the south and, when mixed with the eerie sounds of Nina Simone’s voice, piercing chimes, mystic piano riffs, and whispering flutes, it’s pretty much the most unsettling song I’ve ever heard. For any Kanye West fans out there you’ve probably heard a rendition of this song as the intro to his thumping, climatic song “Blood On The Leaves” from his latest album. But make no mistake, the true version of this song is by no means a pump-up jam. Made famous by Billie Holiday in 1939, “Strange Fruit” brings you a slight history lesson accompanied by a spookiness so disturbing you’ll never forget it. (Written by Mandy Rodio)

Bjork – Army of Me

One of the controversial more popular and not so experimental songs, Bjork’s “Army of Me” is totally creepy and ominous, perfect for the Halloween season. Whenever this song comes on my iPod while I’m walking to class, I can’t help but put my hood up and feel like I’m weirding out anyone who walks by. The song is quite simple, with a electronic base line and rock beat. But that doesn’t mean the song can’t give you a weird vibe nonetheless. The music video is worth checking out- but don’t watch if you don’t like trucks with teeth. (Written by Emma Kelley)

Some people approach Halloween in a playful manner; others go for the shock factor. In my opinion, David Bowie is certainly qualified to represent those who prefer the later. He achieves that both lyrically and sonically on this underrated track from his 1980 album of the same name. Anyone looking for a Halloween costume should check out Bowie’s wardrobe through the years. (Written by Luke Ray)

The Talking Heads are a far from normal band, so a song about a psycho killer is hardly surprising coming from them. Originally written and performed by David Bryne, Chris Frantz and Tina Weymouth as a ballad about the inner thoughts of a serial killer, Cage the Elephant brings a new side to this song with their cover. It opens with the same original mysterious slow-pulsed ballad, but with the some adjustments to the song structure and articulation the band adds their own punk/funk fusion spin on a classic thriller. (Written by Alleya Weibel)

There’s something disturbingly endearing about CocoRosie. The sister duo makes music that doesn’t glide but slithers, each depress of a piano key contributing to a prickling on the back of your neck. Their music fascinates me because their tone is melodic yet completely on edge—a result from the subdued harmonization of their voices. I don’t know if I can properly pinpoint where artful and uncomfortable meet in their music, but it’s definitely in there and makes its reception a visceral experience. (Written by Diana Czarny)

A chilling song and my personal favorite track from Eminem. The first three verses are told from the point of view of Stan, a deranged fan sending letters to his hero Eminem. The abusive fan talks about how he belongs with Eminem and how he abuses his pregnant girlfriend and himself. It all culminates in the third verse with great sound effects, an excellent vocal delivery that really convinces you Stan’s gone off the edge, and a fatal ending to him and his girlfriend. Eminem finally writes back in his foruth verse but it’s all too late. In between verses are a creepy sample of Dido’s “Thank You” and constant rain in the background really complete the package to give the listener goosebumps. (Written by Mateo Muro)

The Canadian duo Purity Ring always have the intent to capture haunting and electric sounds. Their song Obedear is definitely a catchy song, in which lead singer Megan James’s innocent girlish voice plays on the dark lyrics. (Written by Ellen Chen)

As Tall As Lions – Ghost of York

Boo! Forget vampires and zombies and werewolves. The ghost is the quintessential Halloween mascot. These spooky specters have scared folks silly for centuries. Some scientists offer solace, saying the souls we see are merely smoke and mirrors, deceptive delusions, or hallucinations. I’m not so sure. What’s your stance? Here’s a song about a ghost to accompany your spectral speculations. (Written by Justin Peters)

While “The Monster Mash” and Michael Jackson’s “Thriller” would be two obvious and fairly-family-friendly options to include on this playlist, I have instead decided to include something that is much more frightening. Quick, hide the kids. “Radicals” from Tyler, the Creator has become the quintessential song for critics to point to when describing the over-the-top vulgarity of the LA rap collective Odd Future, which has made nearly all modern hip-hop fans at least consistently interested for the past 4 years. Sure, the lyrics are obscene – even to the point where Tyler has to have a disclaimer before the song even starts – but much like Halloween, it’s all fictitious. I totally feel Tyler on the Bill O’Reilly name drop, though. (Written by Boswell Hutson)

“Scream Like a Baby” may be easy to nod along with, but the lyrics are totally spooky and unsettling when taken literally (and symbolically, for that matter). Toward the end of the song, voices become distorted as David Bowie finishes a story about his gun, singing, “He just sat in the backseat, swearing he’d seek revenge.” The idea that guns have personalities is scary enough, but a gun plotting revenge is the scariest thing of all. (Written by Claire Schroeder)

If an album called Bonemachine doesn’t spook you enough, it won’t take longer than the first song to send shivers down your spine. The hellish imagery in the lyrics combined with Tom’s demonic howl is frightening, but, as with many Tom Waits songs, the atmosphere hinges on the unique instrumentation. With strange percussion that sounds like clanging bones and a devilish blues guitar straight from the Crossroads, the song leaves you chilled and exhilarated, the perfect mood for Halloween night. (Written by Eric Holmes)

Death Cab for Cutie – The Ice is Getting Thinner

I can’t quite pinpoint why this song sends shivers up and down my spine. I think a lot of it has to do with how simple the song is. I can picture Ben Gibbard just standing on stage, singing this song without blinking. It verges on condemnation. I love it, and I’ll listen to it gladly. But it still creeps me the heck out. (Written by Emma Goodwin)