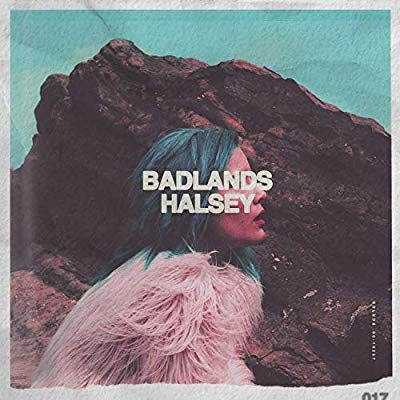 While in a rather nostalgic mood the other day, I decided to swipe through some of the old playlists I made during my angst-ridden teenage years. The experience was definitely a strange one as I stared at the extremely random compilation of songs I have managed to shove into a single playlist, wondering what I could possibly have been thinking. However, it did give me the opportunity to rediscover a few favorites that I had long since swept under the rug.

Perhaps the most striking discovery was Halsey’s debut album Badlands, downloaded in its entirety. Now, young Devanshi was not the type to download albums but rather to pick one or two songs from an album that she liked and just listen to those on repeat so this was an interesting deviation from the pattern. However, on a quick listen-through of the album, it became abundantly clear what I found so enthralling about this album.

Badlands was the title given to Halsey’s debut album, She was 19 when she released it and is rumored to have written most of the lyrics included and honestly, I think that is what was most intriguing about the album as I listened. The music, while complex and polished enough to be released, has this air of immaturity about it that could only be caused by a teenager venting all of their feelings onto a paper, adding some chords, and deciding to make it a song. Not that this approach is bad of course, and I would argue that it is quite the opposite. While some may consider this debut album “unnecessarily edgy” and “trying too hard,” it makes sense. The album feels like a strange compilation of the confused, tumultuous thoughts of a teenager at the brink of being an adult, not quite sure of what they should be doing and what their position is in this world.

Perhaps my personal favorite track on this album is the one that starts it all, “Castle.” The song itself is a slow, methodical sort of melody that feels like it is building to something that it never reaches. The song feels like the perfect introduction to this fragmented, confusing collection of songs.

One of the most notable things about this particular album in comparison to some of her later works is the fact that there is much less of a coherent, continuous theme throughout the songs included. It sounds a lot like the playlists I used to make that started this whole analysis, different genres and moods that don’t quite seem to fit together all compiled into a single list. The most important thing that I was able to recognize after sifting through Badlands for the first time in years is that this album, for all of its flaws, represents the part of adolescence that so many people go through where their entire identity and thus, any form of expression that they put out is confused and muddled and seems stuck between so many worlds and different people.

Of course, outside of the probably-too-deep analysis, the songs included in this album are, at a base level, enjoyable to listen to. As I stated before, there is a lot of variety in the genres and types of sounds included, meaning that there is likely something for every person to enjoy. If you ever need a moment to just chill, I do recommend sitting back and listening to the songs in the order they are presented to you (do not just hit shuffle….) and just taking a moment for yourself.

Devanshi is a freshman from Princeton, N.J. studying Aerospace Engineering. When she is not dealing with school, she enjoys film production and making late-night runs to Kung Fu Tea, preferably with some great music blasting through her headphones.

View all posts by Devanshi Narayan →