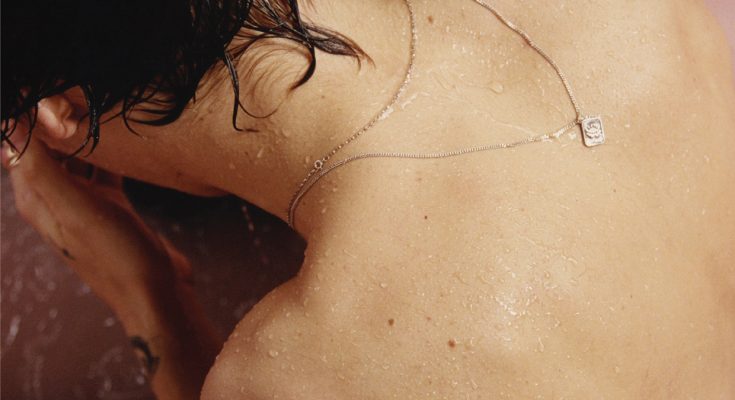 Ever since he went solo, Harry Styles has proved he is so much more than the curly-haired boy from One Direction. His self-titled album demonstrates not only his musical chops but also his personal journey of going from a pop boyband to a mature artist with his own sound.

The lead single, “Sign of the Times,” is the second song on the album. This is one of Styles’ most raw and honest songs. The transition from the soft, peaceful piano in the beginning to the heavy, beating drums in the chorus creates a sense of urgency, which helps get Styles’ message across. Instead of repressing our emotions in difficult times, we should express them and allow ourselves to be vulnerable.

In “Two Ghosts,” Styles foresees the end of a relationship in the form of a beautiful ballad. It’s clear that his solo career has allowed him to embrace his feelings more freely, while still maintaining a comfortable level of privacy. His thought-provoking, yet subtle lyrics such as, “We’re just two ghosts swimming in a glass half empty / Trying to remember how it feels to have a heartbeat,” allow the listener to feel what he’s feeling. In addition, the light instrumental fits perfectly with Styles’ vocals and gives the song a melancholic tone.

Up next is one of my favorite songs from the album: “Sweet Creature,” another ballad but with a much happier vibe. Styles truly does it all in this song; he shows off his vocal range with several high notes in the last chorus, while also proving his skills as a songwriter using a touching metaphor: “When I run out of road, you bring me home.”

Styles once again proves his incredible musical range in “Kiwi,” the high-energy rock track that almost reminds me of Mick Jagger. This is the perfect song to listen to as you’re getting ready for a night out and you need to hype yourself up. With the combination of fast-paced drums and guitar and Styles’ hard-hitting lyrics like “It’s New York, baby, always jacked up / Holland Tunnel for a nose, it’s always backed up,” there’s never a dull moment in this song.

The album closes off with the self-reflective “From the Dining Table,” in which we witness one of Styles’ most vulnerable moments. The calming, albeit repetitive, guitar instrumental tells us to focus more on the lyrics. He drops a truth bomb when he croons, “Comfortable silence is so overrated.” We see how Styles’ deepest insecurities come out after a breakup. Whoever this song is about must have been kicking themselves after they heard it.

And just like that, Styles has managed to create a name for himself outside of One Direction and gain the respect of the music industry. His self-titled album gives us a front-row seat inside the mind of one of the world’s biggest music sensations. With everything from the emotional lyrics to the amazing range of melodies, it’s clear that the songs on this album were carefully chosen by Styles himself. I’m calling it now, we’ll be seeing Harry Styles in the Rock and Roll Hall of Fame in a few decades.