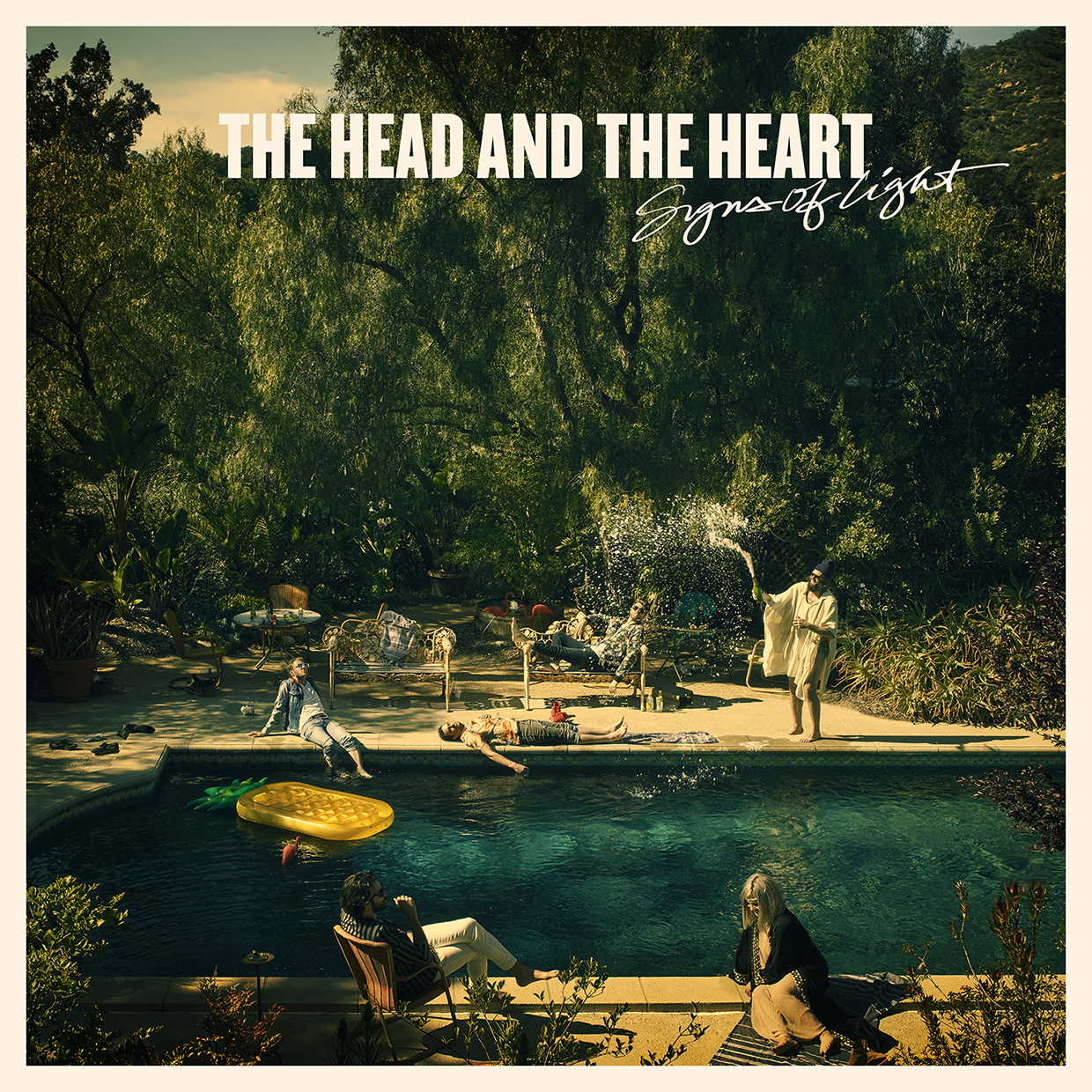 “All We Ever Knew,” the first single off The Head and The Heart’s third album Signs of Light, does not sound like a The Head and The Heart song. Let’s call a spade a spade and all just acknowledge that for how catchy the opening track is, it introduced us to a totally different sound than the gloriously instrumentally simple songs that have preceded it. The pop rock undertones and “la la las” were jarring to me. At first listen.

The whole album is a bit of a pop-rock infused shock to fans of the band’s first two albums, but it still exhibits the sense of instrumental storytelling that The Head and the Heart seems to love so much, especially in flouncy ditties such as “False Alarm,” and subdued rambles such as “Library Magic.”
One of the most welcomed and developed changes in the band is them taking on a jazzy, full bodied soul showcased in “I Don’t Mind” and “Dreamer.” It’s Nathaniel Rateliff and Leon Bridges meeting violins and the soft, hymnic voice of Josiah Johnson. “I Don’t Mind” in particular is 2:34 of caroling and lilting strings. The juxtaposition of the delicate vocals and strong guitars culminates in a battle of sounds that ends too quickly, but is worth savoring and repetition.
The album lacks beauties similar to “Down in the Valley” and “Rivers and Roads,” which are undoubtably old fan favorites. While the final and titular track tries to embody some of the simplicity of these veteran tunes, the first half falls a bit flat. The midway transition reminds listeners what made them fans of the band in the first place, but it comes a bit too little and a bit too late. Still, the song turns out beautiful and impactful, the lyrics and instrumentation serving as great blends of old and new, even if it’s only for a small sliver of time.
“City of Angels” is another song that goes through a dramatic change in the second half, slowing down to hype back up with exuberant yells of “everywhere I go!” While it is arguably one of the poppiest songs on the record, it works the best and keeps driving and pushing the beat to get better and better, catchier and catchier. This song works as proof that their pop, while not altogether welcome, can work well.
I wouldn’t argue that Signs of Light is The Head and The Heart’s best album, and I would challenge you to find someone who thinks it is. Signs of Light is their first album on a major label and it shows clearly. The pop influence and radio ready tunes are still catchy and worth listening to and inevitably enjoyable, after all, it’s still luckily The Head and The Heart. But what got them here – the simplicity and the harsh, heartfelt honesty – is notably less of a focal point on this album, and it’s hard not to miss it.
Rating: W-P-1/2
Key Tracks: “City of Angels,” “I Don’t Mind,” “Rhythm and Blues”
RIYL: Augustana, The Avett Brothers, The Lumineers