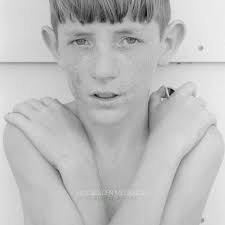 Hiss Golden Messenger is a band coming out of North Carolina. Their music is often classified as roots rock, or alternative country, but truly falls into many other genres including bluegrass, jazz, and gospel.  They formed in 2007 and are centered around the leadership of musician MC Taylor.

Their new album is called Heart Like a Levee. Heart Like a Levee is full of heartfelt, personal, songs which give the listener a view into Mr. Taylor’s life.  The album hearkens to “The Basement Tapes” by Bob Dylan and the Band. Both afore mentioned albums give the impression of a bunch of musicians gathering together to hang out, and to jam out. Fortunately for the listener we get to join in.

Most of the songs are arranged with acoustic guitar, piano, electric guitar, drums, and MC’s voice, although a few tracks feature a brass section.  The songs emit an eerie melancholy feeling of understanding. Traces of country blues find its way into Heart Like a Levee especially the track “Like a Mirror Loves a Hammer” which features a repetitive distorted guitar riff. The title track of Heart Like a Levee may be the most wonderful track on the album. Opening up with one guitar strumming then MC Taylor’s voice, then call and response between him and background singers that resemble a gospel choir. The call and response is backed by a dueling banjo and electric guitar. Bits of the songs have heartfelt questions such as “will you grieve me honey? Did I give you a reason to try?” Like many of the songs on the album the lyrics of this track are somewhat cryptic. They are not clear on what experience they are referring to, but they are enough to emit emotion, and invite the listener to join in on the emotion.

Heart Like a Levee is a good album to listen to, because of its inclusion of many different genres of music. Similar to the Kentucky artist Sturgil Simpson, Hiss Golden Messenger reaches to break through boundaries of country music. Its artistic merit lies in its attempt to allocate many unique musical styles into one album that is enjoyable to the average listener. MC Taylor does that masterfully in his 7th album.