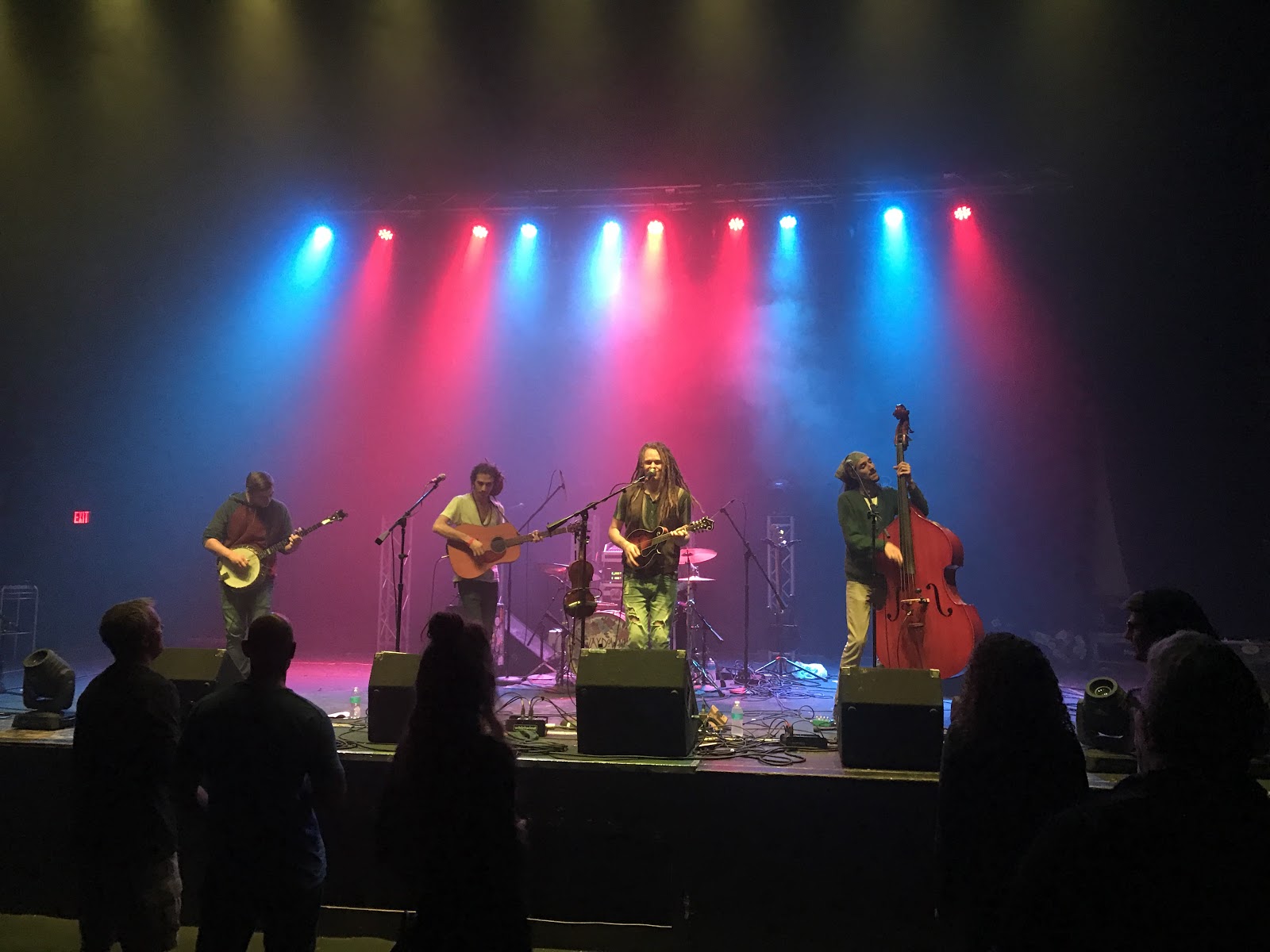 Thursday, November 3rd at the Canopy Club the Waydown Wanderers, and The Horseshoes and Handgrenades put on a great show. The Canopy club was filled with a more diverse age group than usual. Students were vastly outnumbered by so called ‘townies’.

The Waydown Wanderers walked out to the stage and humbly introduced themselves. Kindly, they thanked the crowd for coming out to see them and hoped that we would have a good night. They played a very lively set. The most exciting part of their set was when the drummer, former Illini student John Merikoski, pulled out his spoons and began playing them. I have only heard of people playing the spoons, never have I listened to them before. It was quite the enlightening experience to see this man clap the pair of spoons between his hands, then his chest, then his feet!! When the band announced they were playing their last song the crowd cried out “We want more spoons!” over and over. Happily Merikoski, as fine a drummer as a spooner, traded his drum sticks for his trusty companions the spoon and helped the band finish their set.

During their set they played many of the songs off their debut eponymous album. They also played a few covers including an interesting version of the Bob Dylan classic “Subterranean Homesick Blues” in which they had many fantastic instrumentals, and great vocals.

After the Wanderers set, the Horseshoes and Handgrenades came out. These guys presented themselves to be the kind of folks you really could have a good time with. They all came out holding their instruments, and their alcohol of choice. Their sound is very similar to the grammy winners The Punch Brothers, although a much more relaxed, unbuttoned version. These Wisconsin boys played many interesting songs, but played very drawn out improvisations. Although very talented improvisationally, they did not hold much attention from the crowd that had dwindled. most likely due to the show going until 1:30 on a Thursday night. Songs played varied from the most serious, and somber “Townes” to a racious little tune about intercourse in the shower. The bandmates shared a single mic, and shared it well.

For someone not the most familiar with the bluegrass tradition I truly enjoyed the music played tonight as something fresh to the ears.