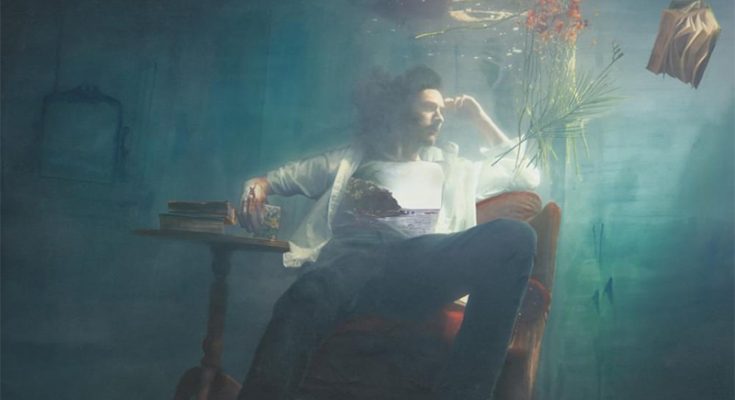 Five years after the debut album that took the music world by storm, Hozier returned with his sophomore album, “Wasteland, Baby!” on March 1st. Hozier stays true to his debut album, “Hozier,” by including a variety of the upbeat, the beautiful, and the chilling. Fusing American blues and rock and roll with Irish folk music, Hozier’s sophomore album is entirely unique and worth the wait. “Wasteland, Baby!” is exactly the masterpiece that we had all so anxiously anticipated.

“Wasteland, Baby!” opens up with “Nina Cried Power,” which was originally released on his “Nina Cried Power” EP in 2018. Of all the songs on the album, this song is a powerhouse, staying quite true to its name. Hozier wrote this song as a sort of tribute to the American blues artists who, in a sense, built the industry and created what rock and roll is today. The track features Mavis Staples, a renowned rhythm and blues singer. Incorporating soulful, passionate vocals and intense, upbeat instrumentation with the accompaniment of a choir creates a song that is larger than life. While the powerful instrumentation dies down as the album goes on, this strong soulfulness remains on the songs that follow.

Track 2, “Almost (Sweet Music)” is one of my favorites on the album, starting off with a light, breezy guitar riff. This song is another ode to the music that shaped Hozier’s life. As an Irish musician, a unique aspect of Hozier’s music has always been his talent to blend America’s soulful rock and roll with Ireland’s folk music. This song is definitely heavier on the American influence, but the Irish influence rears its head many times throughout “Wasteland, Baby!”.

Up until track 4, the album lacks a sense of darkness and morbidity that was integral to the success of Hozier’s debut album. Luckily, this theme returns on “No Plan.” Hozier cooly repeats “there’s no plan; there’s no kingdom to come…there will be darkness again,” throughout the tune, emphasizing that the life we have now is likely the only one—super dark, right? But it is just the kind of darkness we would expect from the gifted lyricist; in a way, it is the kind of darkness we crave from him. I am a generally optimistic person, but part of me loves Hozier’s pessimistic, existential tracks even more than his light, fun tracks. He is an artist with great variety and depth, and this is certainly not hidden on the sophomore album.

“Nobody” is another upbeat song, and it’s the first love song of the album. We get a taste of Hozier’s sweet falsetto in the chorus as he exclaims, “I’ve had no love like your love from nobody.” Musically, it is quite similar to “Someone New” from his debut album with its upbeat nature and whimsical background vocals, but it’s different enough to stand on its own.

Tracks 7 through 9 are heavily influenced by Hozier’s Irish folk roots. Somber, delicate, and deeply toned down and stripped back, these tracks are different from everything that came before them. I will admit that during my first listen, I overlooked this section of the album. However, upon listening a few more times, there is an intense beauty here. It’s reflective of a heritage, it’s honest in its lyrics, and it’s an integral piece of Hozier’s uniqueness. Track 9, “Talk” is more of a crossover between the Irish and American styles, making it extra special and especially notable in my opinion.

The latter half of the album tends to drag in certain parts, but this might just be because the first half is so strong. Regardless, there are still standouts (see: Track 12-“Would That I”). The final song, “Wasteland, Baby!”, closes the album out perfectly. Hozier sings softly about how he is in love, and compares this love to the apocalypse. Listen closely to the lyrics—they are indescribably beautiful and extremely poetic. It’s another song that I initially overlooked only to gawk at its beauty a listen or two later.

Just as we did on his debut album, we experience the full range of Hozier’s talent on “Wasteland, Baby!”. From unique stylistic choices to profound lyricism to striking variability, we are given a sophomore album that does not fall short by any means. The long, five-year wait has finally ended, and oh how sweet the music is.