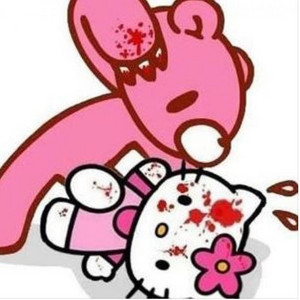 There is social credit allotted to those who stand out from the crowd through their own pursuits. When someone has established themselves as being a notable or interesting figure in a scene, there comes a leniency towards their actions in the eyes of their watchers. The great artists in the world are so often typed as being trendsetters for styles of expression and often envelop their entire brand in their unique, rebellious design. This garners further attention and they are allotted more social credit– more acceptance by society to stand outside of its guidelines. The expectations for these individuals is to define the individual, then influencing the masses to replicate this image. Idols are unique because they were expected to be and the expectation was formed when they became unique.

Time passes and what was once new becomes the standard, then the standard becomes overplayed and painful to some. That pain may fade and the familiarity of that standard may reemerge in popularity, but the world of art is always molting and revising itself.

The revision I have found most interest in is the young, queer, and grotesque glitchcore/hyperpop scene. This is an area which has steadily grown in popularity over the past three years with the breakout works being 1000 gecs, Charli, how i’m feeling now, and arguably the 2011 single It’s Friday by Rebecca Black which received an ambitious remix by Black and guest artists 3OH!3, Big Freedia, and Dorian Electra this February. While the single was initially released as a bland and insincere attempt at party pop, the remix, which dropped on the 10-year anniversary of the original, was a celebration of the banality pop music had entered briefly in the early 2010s, poking fun of the poor quality production and songwriting with bombastic personality. Colorado band 3OH!3 best known for their sloppy, regrettable 2008 single “DONTTRUSTME”, Big Freedia a major figure in New Orleans bounce and herself a queer artist, and Dorian Electra a newcomer to the scene and primarily making a name for themself as a unique and aesthetically vibrant hyperpop artist. Each artist comes into this remix with a clear understanding of their place in the song, Dorian adding to the hyperpop texture, Big Freedia influencing the bounce beat and hyping the track, and 3OH!3 showing a change in sound towards glitchcore.

What I find most interesting about this track is really the context around it. Rebecca Black was a name people associated with vapid teenage youth and the degradation in quality of popular music. She was the target of harassment and critique people had been lingering on while they watched the Billboard 100 become crowded with artless titles and talentless musicians. A decade later, Black would embrace the sound of experimental pop which largely played on the musical paradigms she herself once promoted. I was 11 when the original came out and while it was catchy, I would feel necessary to announce that I couldn’t stand it whenever it played in public. Had I been 11 when the remix came out, I would like to think I would embrace the radical sounds in it and look like the burgeoning youth entering the hyperpop scene.

The DIY scene has largely overcome the music industry and continues to grow in popularity among young listeners. YouTube is brimming with DIY tutorials for every genre of music available, the standard among these being screen recordings of DAWs and plugins. Under one video titled “HOW TO MAKE HYPERPOP/GLITCHCORE (The Easy Way!)” by YouTuber “jayd”, the comment section can be seen to be filled almost primarily with youths, one comment by “samara myers” referencing a series of other artists in the scene who were born after 1996: “kid trash, wido, p4rkr, oaf1, david shawty, h3artcrush, punkinloveee, kempachii”. Every one of these artists is either queer themselves or an ally.

The youth are undoubtedly allotted more social credit than most, but young artists are likely given more than anyone else. If these and other young artists are willing to stand out with their art and their music, we very well may see most of them suffer through the kind of backlash Rebecca Black saw when she naively performed “It’s Friday”, but the potential for one to make something truly amazing is exciting enough for me to keep a consistent watch over the scene. The more established hyperpop artists, namely 100 gecs, Charli XCX, and Dorian Electra, are in their mid-to-late twenties and dominating the scene, but these teens and early-twenties artists may be able to create projects which break the ground their elder constituents have laid down. I am paying special attention towards Wido and p4rkr AKA osquinn for their voice and command of the sound on tracks like “push it !” and “i dont want that many friends in the first place”, respectively.