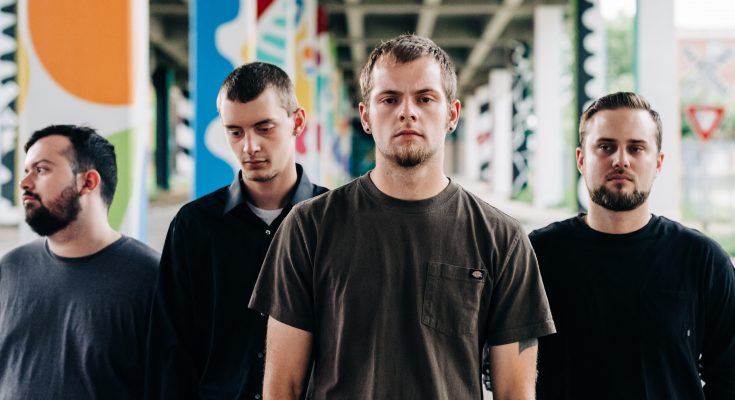 Nate Guske is a guitarist and back-up vocalist for Alborn, an alternative metal band based out of Prophetstown, Illinois. Alborn bandmembers include Justin Taylor (guitar/vocals), Alex Raser (drums/vocals), and Zame Lewis (bass). During the first week of October, I sat down with Nate Guske to discuss Alborn, music, and mental health (virtually of course).

Nate Guske’s first musical performance was not at a talent show or a concert. His name was not called, and he did not know that it was his turn to take the stage. He had no instrument, no microphone. He didn’t prepare for his set.

Instead, Nate sat at a table in a Culver’s dining room with his mom and his grandma. He sat in his chair, and he confidently began to sing, “O say can you see…”

The din of the dining room conversations grew quiet as Nate’s voice grew louder. It was clear that Nate did not know most (if any) of the correct lyrics for “The Star-Spangled Banner”. That didn’t matter. As Nate nailed the final note, his fast-food eating fans broke into a resounding round of applause.

He was three years old, and this spontaneous solo performance was the start of his music career.

In the years following his breakout performance, Nate’s parents bought him an acoustic guitar, and he started playing trumpet in the school band. When he returned from a few semesters at college, Nate started his own hard rock band, Static Signal, which had a successful run in the Rockford, Illinois area. Now, at 27, Nate is playing with up-and-coming alternative metal band, Alborn. Since joining the band in June 2019, Nate has traded the Culver’s dining room for venues like the City Center in Champaign, Illinois and the Rust Belt in Moline, Illinois.

Alborn was founded in 2016, and after success at a 2018 Battle of the Bands competition, had the opportunity to work with Morgan Rose of Sevendust and Jose Urquiza of 3 Years Hollow. Despite the complications of the COVID-19 pandemic, Alborn is having a great year. In August 2020, the band signed with Washington D.C. based indie rock label Imagen Records and released a new five-track EP, Impairative. The EP has four original songs and a cover of “We Die Young” by Alice in Chains. With big news on the way and new releases in the works, Nate, Justin, Zame, and Alex are looking forward to the future of Alborn.

WPGU: Who are your biggest musical influences?

Nate Guske: I would say my biggest influences are probably… Linkin Park was my first one. Hybrid Theory, their first album was the CD that I had when I was in elementary school that I played on repeat. So, they kind of got me into that new metal, hard rock style of music. From there, I think 10 Years definitely. Chevelle is one of my favorite bands…Deftones, Incubus… Those are probably my top five bands honestly.

WPGU: How would you describe Alborn’s sound?

Nate Guske: I would say we are hard-hitting. We have hard-hitting riffs. We also have really big riffs. I guess deep is what I always say. It’s very deep emotionally sometimes. Yeah, I guess when I hear the songs… I’m also coming from a fan’s perspective because I liked the band before I joined. They [the songs] just really hit you at the core.

WPGU: What does it feel like when you are creating music?

Nate Guske: It is a relief, I guess. It is a stress reliever. Well you know [laughs] it is a stress reliever afterwards. Sometimes it gets stressful while the writing is happening, you know, whether or not you can find a part that fits. Sometimes when you are in a band and you are going back and forth between somebody, it’s not really arguing, but it’s… if you feel strongly about a part that is in your head and the other person feels strongly too, it’s a little bit of tension there. But it’s all good tension. It’s constructive. But yeah, for me, as far as I go in writing music, it’s definitely a huge stress reliever. It’s a way to get things off of my mind that are troubling me.

WPGU: What are your favorite lyrics that you have written?

Nate Guske: “The sand is slowly ascending through, the hour glass has been broken in two, suspended I become when I’m waiting”

WPGU: What was it like playing at the City Center in Champaign with Sevendust?

Nate Guske: That was my first big show with Alborn, so I was nervous [laughs]. And like I said, getting to meet Morgan [Rose] and everything, I was nervous that day. But that was a huge turnout. The crowd was awesome. The venue was awesome. Yeah, I can’t wait to play there again. I know with COVID we don’t know when that is going to happen, but that was a great place, a great atmosphere. I love the Champaign fans.

WPGU: What is your favorite show that you have played?

Nate Guske: My favorite show is definitely when we [Alborn] played down in Moline with Buckcherry and Adelitas Way at a place called the Rust Belt. And there was like… I think that was the most people I have ever played to. There was like 2,000 people or so. The place was huge. Definitely was nervous for that one [laughs]. But it was awesome because being the unknown band – except for the fans we had there, 100 or so up front – it is always awesome to have to win over the crowd or introduce yourself through music, you know, rather than just giving a handshake when you walk up like “Hi, I’m Nate. Nice to meet you.” You have to introduce yourself with your music, so it’s always tough, but the atmosphere was great, especially after the first song. I can’t wait to play there again. That was crazy.

WPGU: What is your go-to stage move?

Nate Guske: My go-to stage move? I’d have to say the back-breaking bend. I always have a really sore back after the shows. It hasn’t gone wrong yet, but I am worried that at some point I am going to bend down, and I won’t come back up [laughs].

WPGU: I know you are an advocate for breaking the stigma around mental illness. Why is this such an important thing for us to talk about?

Nate Guske: Mental illness has no type, and there are people struggling everywhere. Although each person does not experience the same mental roadblocks, I think it is good to discuss how we can help each other look toward the horizon and realize there is hope for healing. In the current times of COVID, mental health is especially coming to light, so finding ways to assist individuals in need is more important now than ever. It’s okay not to be okay, and we all need to reach out a hand sometimes.

WPGU: If all of your needs were met and you didn’t have to work, what would you be doing?

Nate Guske: Exactly what I am doing. I’d be playing music. Except for I’d be taking many more days off… I’d just be writing music, recording people, playing at the bars… I don’t even know [laughs]. Definitely music.

Alborn is releasing their new single “Full Circle” on October 9, 2020 which you can pre-save on Spotify now.

Below is a link to Alborn’s new EP as well as a playlist with songs chosen by Nate to supplement the article. 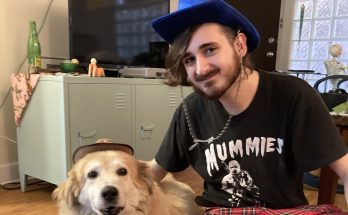