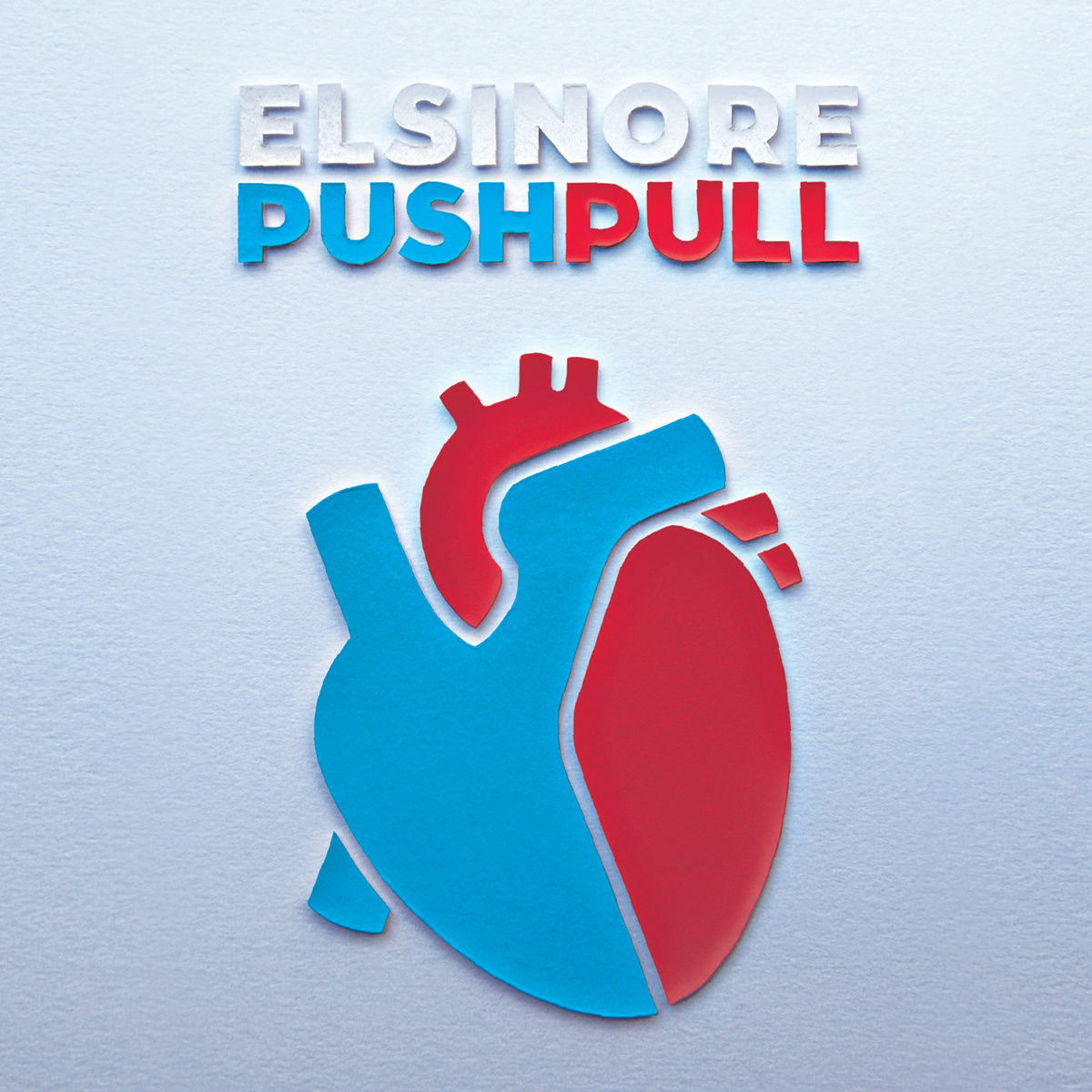 WPGU staff writer Alleya Weibel got the chance to sit down with local favorites Elsinore (Frontman Ryan Groff, Keyboardist Mark Woolwine, and Bassist Brad Threlkeld) to discuss their upcoming album, tour, and much more.  Check out the article below and purchase their new record Push/Pull here.

Alleya (WPGU): There’s a lot of buzz for your upcoming album PUSH/PULL, what exactly does PUSH/PULL mean? Any overarching themes?

Ryan: We had just finished mixing the record, and Mark & I were at Canopy Club watching our Chicago friends Minor Characters, our current band love affair, play. We had all been thinking and brainstorming about the album title. It’s such a challenge, coming up with the title for a record we’d just poured so much into, something that would sum it all up. Then, PUSH/PULL just appeared in my head. I picked up a copy of Buzz and wrote it out in a blank space. I turned to show Mark and said, “This is the album title. I just saw it in my head.” He immediately agreed, so I sent a text to James, Brad, and our manager Dan. They all loved it.

I’ve realized over the past few months that it’s the perfect title because it encapsulates everything leading up to recording and the last twelve months while we made the record and prepared for its release. Life is always pushing and pulling. You feel it in your body: your heart, your brain, your blood. I’ve always paid attention to my own internal environment. That’s why I write about what I write about. It’s how I’ve chosen to view life, or how I was born seeing it. There’s some Buddhism, some optimism, some cynicism, and above all…realism! We’re all victims/benefactors of our own bodies and brains every day. We do funny things to ourselves and other people, and that’s basically what the entire record talks about. I can’t help but write in first and second-person. It’s what I really know about, so I just keep writing what I know.

Alleya (WPGU): Brad, what is it like joining a band like Elsinore? Did you approach it with trying to maintain an established sound or expanding it into something new? Was this a difficult transition?

Brad: Joining Elsinore has been an amazing experience.  It’s been a very smooth transition from the start.  The first thing James and I did with Elsinore was go into the studio to work on PUSH/PULL.  We both only had a few days notice to learn songs, but the whole vibe in the studio was very calm.  Beau is a very talented engineer and producer.  He definitely knows what he wants and had great suggestions for the direction of the songs.  Beau also has a great way of communicating that doesn’t make you feel overwhelmed or frustrated.  Plus, working with Ryan and Mark for the first time was inspiring.  Ryan and Mark put so much hard work into writing these great songs and it was so awesome to be apart of that.  From the beginning we all clicked musically.  I think a big part of that is we all share similar goals in songwriting and performing, which I find very important in a band.

Alleya (WPGU): You’ve been known to incorporate strings, guests vocals and now a horn section in your live shows and recordings. Should we expect anything exciting at the release show?

Mark: We weren’t able to do strings for this release show, but all four of the horn players that played on PUSH / PULL, and an extra trumpet player, will be playing the Highdive show on the 18th. They’re playing on four songs from the album and they sound REALLY good. We are very excited to have all these great musicians on stage with us!

Brad: At Pygmalion and our first hometown shows in May we played with a 3 piece horn section.  I won’t give too much away for our release show, but you can expect something bigger than what we’ve done in the past.

Alleya (WPGU): The Highdive seems to be a frequent venue for your release shows, and we’ve seen you perform several fantastic sets with big artists like Sam Fermin and The Pains of Being Pure at Heart. What does this venue mean to you, and what else really pulls you to Champaign-Urbana?

Brad: This will be my first time playing at The Highdive.  I live in Lafayette, IN and The Highdive was the first place I ever visited in Champaign.  I came here for the first time in 2004 to see Braid play their first reunion show.  Ever since then I have really enjoyed visiting this city.  Now almost 10 years later to be in a band from Champaign, and playing The Highdive is a really cool experience for me.

Alleya (WPGU): Ryan, you’ve recently become a father since your last release. How has that been? Does he approve of the album?

Ryan: Having Oliver was of course a HUGE life change. And the fact that he was born while the band was writing the new record, and that he’s incredibly musical already is so great. Every time I put PUSH/PULL on his face lights up and he starts baby-dancing, which is not unlike twerking I should add. He was a big part of the making of the record, and is already inspiring new songs for the next one.

Alleya (WPGU): Will you guys be touring soon?

Mark: Yes! We play Champaign and St. Louis on Oct. 18th and 19th, then Lafayette, Ft. Wayne, and Indianapolis, IN the following weekend, and Chicago on Nov. 1st. After that we’re planning on working our way to the east coast and back. We’ll hopefully have more info on that soon. We love going out east!

Brad: We are doing several Midwest stops over the next few weeks and then heading out East mid-November.