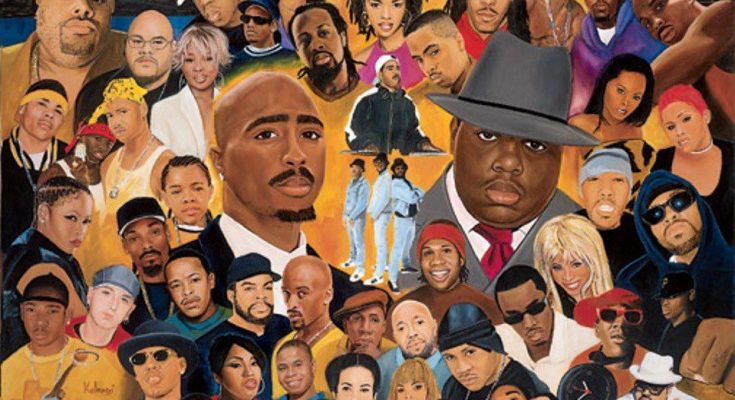 Rap and hip-hop are two genres of music seen as interchangeable within the music industry, the distinction between the two becoming less clear over the years. Several similarities emerge when comparing them, but hip-hop emerges as more than a musical movement, but rather as an entire culture. It holds a greater importance than just music, spreading to elements of dance, art, language, and style of dress. It is simply put, a lifestyle.

With roots originally stemming from the Bronx in New York City, hip-hop gave a voice to the oppressed and powerless, allowing them to express their plight through music. Underrepresented black youth searched for an outlet to channel their frustrations and aggressions tied to racism and police brutality, finding solace in the art of rapping and breakdancing, all included in the realm of hip-hop. It has since globally expanded, continuing to promote the identity of the black community, but now stretching to a broader audience. Slight tensions exist when comparing what was once considered hip-hop and what it is now, with artists no longer rapping about social issues, but diverting their focus to boasts of wealth and masculinity. However, the music industry has over the years taken a more economic approach, influencing artists to rap about these subjects to truly make it to fame. Rap falls somewhere near this category, serving more as a commercial product of the culture that was originally created to represent the struggle and triumph of the black community.

When restricting hip hop to just music, artists place a heavier emphasis on beats and the instrumentals, as you will hear in the playlist. Detroit rap group Slum Village start off the collection of songs with one of my personal favorites- “Climax.” Collaborating with a prodigy of a producer J Dilla, they quickly established a name for themselves with their authentic sound, first creating music together in the ‘70s. Dilla’s beat on the track is dreamy and hypnotic, and with the addition of a sweet hook and vocal rap performances, the song is complete. Actual beats were passed down from artist to artist-a process much different than the electronic beats produced for modern rap. Further down the list there are a few features from New York artists Nas and Mos Def, together reigning the ‘90s with Notorious B.I.G. until his assassination in ‘97. The exact violence and brutality depicted in the lyrical content of these rappers became a harsh reality, revealing the culture of violence deeply seated in America.

As you listen to the variety of artists included in this playlist, allow yourself to feel the power of hip-hop as told through their words. It is a force that is able to bring individuals of all communities together, hand in hand finding resilience in their tales of neglect and exploitation. Feel free to compare and contrast these tracks to the contemporary rap tracks heard today, imagining yourself in a world where young artists voiced their dissatisfaction with their place in society, unknowing to the movement they would soon create.