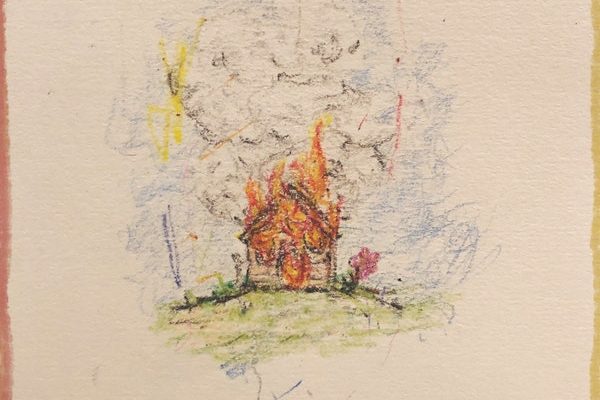 Isaiah Rashad, much like every other Top Dawg Entertainment rapper, has lain dormant for the past few years. Top Dawg Entertainment have a horrible habit of dropping an incredible album and then going radio silent for years on end, like with Kendrick Lamar and SZA currently. Ever since Rashad’s 2016 album The Sun’s Tirade, he’s only released one single and appeared on a few other artists’ tracks. And with one of the more unique style and production, many waited a long time to hear from Rashad again. Finally, this year, he dropped The House is Burning.

The Sun’s Tirade was a smooth, funky rap album with a laid-back Rashad and layered production. His new album, The House is Burning, is much like the title describes – chaos in the destruction of your upcoming. This is clear from the second track with Lil Uzi Vert, “From the Garden”. Rashad employs a robotic, stiff flow, producing his most explosive song we’ve heard. It’s reminiscent of a hype song you’d hear from other artists, but with some Rashad flair. A lot of tracks on this album deviate from Rashad’s signature smooth delivery and production, but like with “From the Garden”, they are clearly Isaiah Rashad songs. “Lay With Ya”, another minimal production/maximum hype track, features the usual lazy Rashad flow over a trap beat. The song works a lot better than expected and worked great as the first single for the album.

Where the album really shines is in the lowkey, seemingly underwhelming tracks. The three-track run of “Wat U Sed”, “Don’t Shoot”, and “Chad” is the best example of this. “Wat U Sed” lets Kal Banx and Doechii shine over the bouncy and hectic instrumental. “Don’t Shoot” is much slower yet hits harder with its blunt social commentary; “Southside say you ain’t got nothin to live for so you ain’t got nothing to lose, but don’t shoot”. “Chad” has Isaiah Rashad and longtime collaborator YGTUT floating over the beat, displaying Rashad’s best qualities in production, and rapping ability. All of these tracks, make a slower back half much more memorable.

The album even includes some vibey, chilled tracks that are very reminiscent of Rashad’s past work. “RIP Young” could’ve easily been a song on The Sun’s Tirade due to its similarity in sound and quality. The production on “HB2U” makes the song with the beautiful samples of guitar, trumpet, and vocals. “Claymore” is by far the funkiest song on the album and it’s hard not to nod along to it. It doesn’t help that Smino is on the track for another fantastic feature (has he ever had a bad one?). This album has something for the new fans and even the old fans looking for tracks that made up a major part of Rashad’s discography.

Overall, this album was not what many fans were expecting, but I think it’s an interesting and worthwhile direction for Isaiah Rashad. There is beauty to be found in the chaos of clashing styles and sounds. Much like Schoolboy Q’s CrasH Talk, Rashad explores many different styles, yet most songs land. This experimentation leads to a surprise hit of an album that stands out from the rap landscape. I’d rather have an artist take risks and grow rather than an artist who sticks to their style for too long and fades out of relevancy and quality.