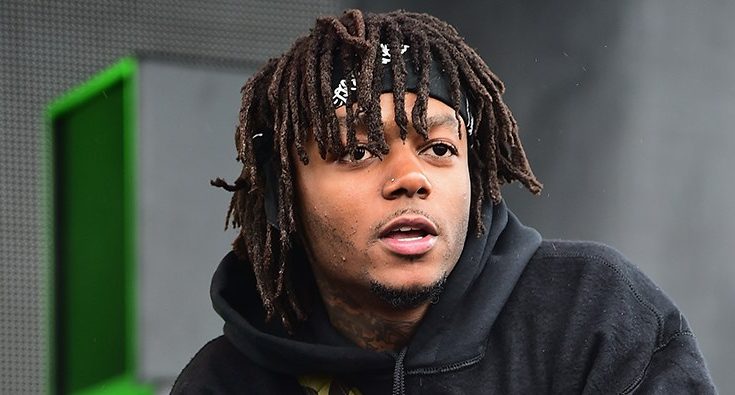 One of the most anticipated shows of Pygmalion 2019 was Atlanta rapper, J.I.D, who recently released his highly-acclaimed sophomore album, “DiCaprio 2”. Known for his fiery-fast flows and intricate wordplay, as well as unique beat selection, J.I.D came onto the scene around 2017 when he released his first album, “The Never Story”, which was released on J. Cole’s label and collective Dreamville. Since the release of that album, J.I.D has held a constant place in hip-hop’s pantheon of top lyricists. For J.I.D, his voice is just another instrument on the track, and he’s a virtuoso. You can see this on full display on tracks like the intro to “DiCaprio 2”, Frequency Change. The amount of times he switches flows and cadences on this single track tops what most rappers are capable of in their whole careers.

Naturally I was excited for the show. Even though you can get an idea of the energy of a track from the recording, seeing it performed live is an entirely different level. J.I.D brought his speedy wordplay to the Canopy Club and captivated the audience. Performing songs off of DiCaprio 2 and The Never Story, he captured the crowd’s interest. He started his set with “NEVER”, the hit song off of his first album. I wondered whether he would be able to keep up with the speed of his tracks when performing live, but J.I.D definitely proved that he’s the real deal. Later on in his set, he performed some songs off the Dreamville collective album, “Revenge of the Dreamers II”, which was released earlier this year. When you see him rattle off verse after verse without taking a breath, it’s really something to behold. If you’re tired of the lack of lyricism and variety of flows in modern hip-hop, look no further than J.I.D to fill that void. He’s the perfect blend of modern sounds and production with classic wordplay and flows, and he brought all of that to the Canopy Club.

Part of the reason the crowd was so excited and receptive for J.I.D, was because of the openers, IsaiahG and Dua Saleh warming everyone up. They drew a sizable crowd even before J.I.D had arrived, and shared their musical talents.

Overall, this show exceeded all expectations. Anyone who has the opportunity to see J.I.D live shouldn’t miss their chance, because he’s a rare talent and a true joy to see perform live.