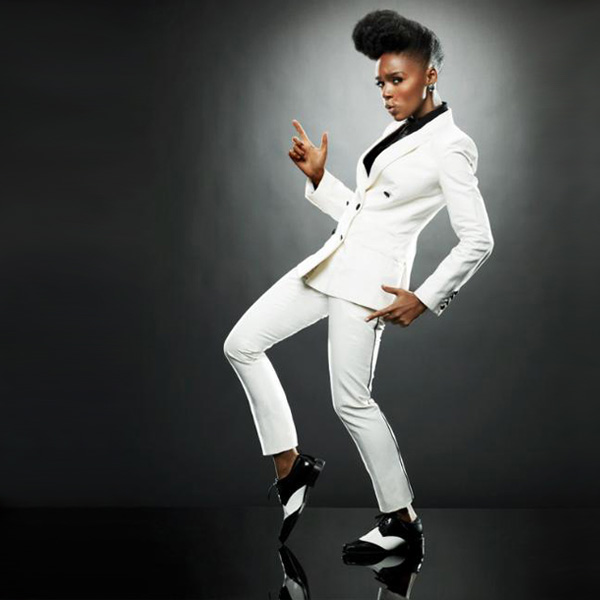 Janelle Monáe was last in Champaign just over a year ago, opening for Of Montreal at the Pygmalion Music Festival.  Thankfully, her show has not gotten any less theatrical (or spooky) since then.

Opening the show, lubricated by free chocolate soy milk, was Deep Cotton – a not-exactly-as-punk-as-the-word-punk-would-imply group from Miss Monáe’s own label: Wondaland Arts Society.  The energy started high, and stayed there, one vocalist sending pieces of a microphone skittering across the stage after helicopter spinning too hard-ly into it.  All the while, Colinda swayed steadily

Fun. was up second, hot off of the heels of their single with Janelle (We are Young).  They were absolutely charming.  Nate Reuss’ voice could not have been more perfect, and was backed by a group who kept with the show’s energy, even to a crowd that was entirely unwilling to warm up and play along.  They were all pretty, young, and charismatic.

It is worth saying that during Fun. more than the rest of the show, was excellent, and I mean: “this place is also used for sociology, why does it have things like this” lighting work.  Colors and shadows cut, faded and flared with expert timing.

Weirdly, Fun. closed with We Are Young, sans Janelle.  The song still sounded great, but building anticipation by waiting ‘til the set’s end, and then playing it without her, seemed like they held in a sneeze.

And then it went dark, for a long time.

Before Janelle graced the stage, George 2.0 (yep) strode out slowly, buttoned up in a full tuxedo, and got the crowd yelling again.  The ArchOrchestra took their places, and flanked by two…plague doctor…noodles, there was Monáe.

It isn’t enough to just spout that Janelle Monáe bucks genre-specificity, or to just call her a gifted entertainer, because the show conveys more than that.  The world envisioned by her play-it-in-order album, The ArchAndroid, is beautiful and weird and maybe a little black-and-white occult, and elements of it pour across the stage through bits of finger-gun fighting, and winged backing vocalists.  But at the same time, it never becomes off-putting, because the entire ensemble is clearly having fun, and peppered between more serious (though stick quick and fun) original works, were covers of Stevie Wonder, and a spot-on Michael Jackson.

One seriously distracting aspect of the show was the video of the stage…behind the stage.  I could see how this would work in a bigger venue, but, credited to the too-wide screen, stage, and this being Foellinger, it was everyone on stage getting in the way of a live feed of everyone on.  But, as this is the only thing I can even attempt to lob an insult toward, it was one hell of a show.

Adding to the concept of this being spectacle theatre, rather than concert, the entirety of the ArchOrchestra came out, was introduced, and took their bows after the lights came up.

Monáe has confirmed that she is working on material for her next album, and aims for it to be larger in scope than The ArchAndroid.  Fun. has not announced their upcoming album’s name, though it was printed on a handful of shirts.

I’m a computer scientist, but…don’t tell anybody. Facts, in order of importance: I’ve worked at WPGU since 2008, I own forty-three different ties, and I’ve never eaten pumpkin pie. I spend the majority of my evenings wearing suits and oscillating between gin martinis and black coffee.

View all posts by Bill Hinderman →