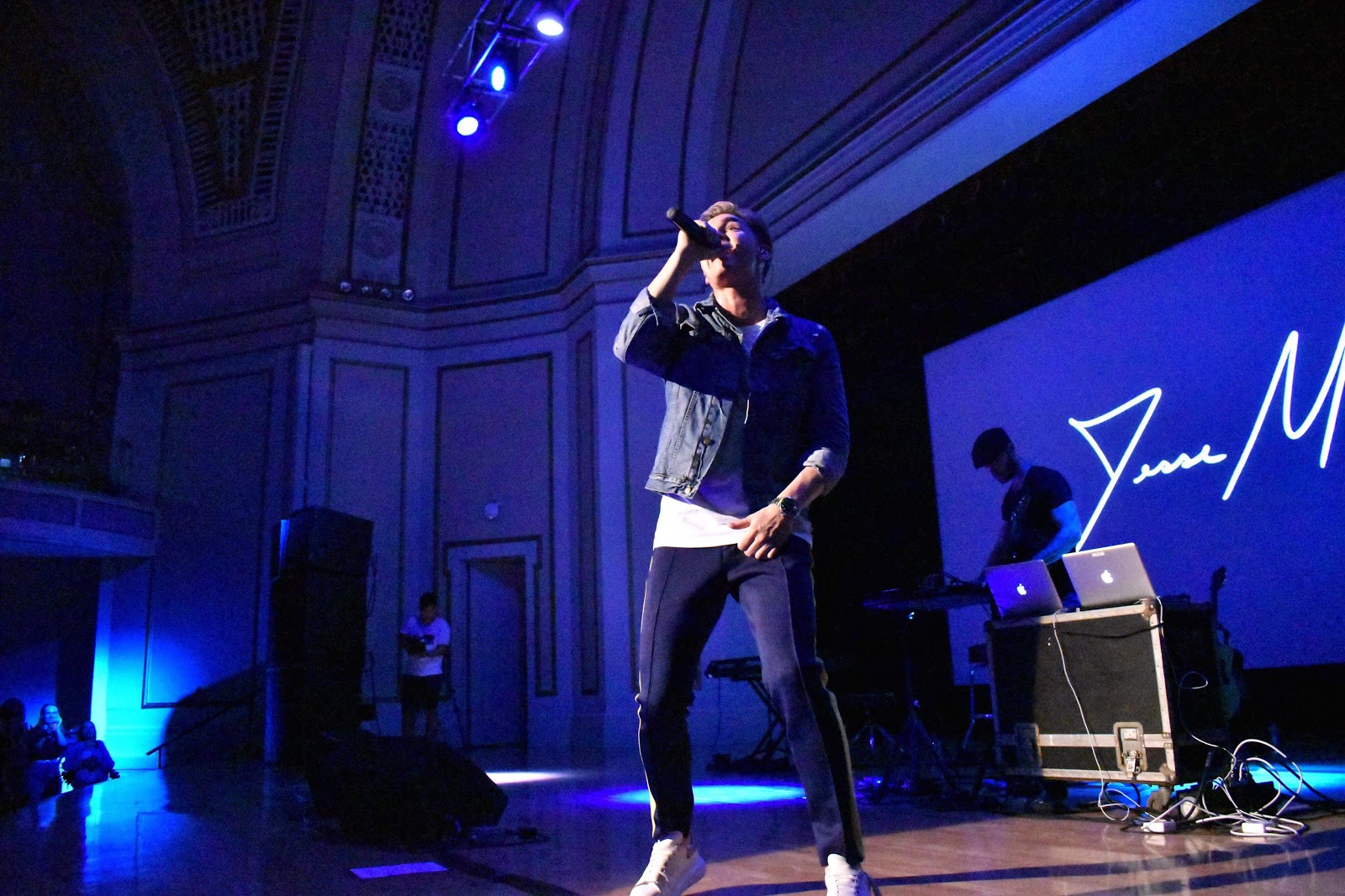 Although Foellinger Auditorium is typically a place of education, the large lecture hall has hosted a variety of guests, ranging from former President Barack Obama to Waka Flocka Flame. This past Saturday, October 6, Jesse McCartney joined the guest list and performed a show consisting of mostly female students.

I didn’t have any idea how much fun I would have at the show and my expectations were blown out of the water. Jesse McCartney might be 31 and not as popular as he used to be, but with the way he sang and danced on Saturday, you would have thought he was in his prime. The concert flew by and I was honestly upset when it ended because I could’ve spent all night dancing in Foellinger. An aspect that really stood out to me was that majority of the concert-goers were female, which brought a really cool female power vibe. Before the show even started, girls were dancing and cheering each other on. It reminded me a lot of pep rallies in my all-girls high school which were the highlight of my high school experience.

The crowd got even more hyped up when Adobo came out for his DJ set. Every song he played was met with dancing and cheers from the crowd. I was almost a little upset when his set consisting of mostly throwbacks ended, but the thought of Jesse cheered me right back up.

Jesse started off with a little bit of a DJ set and quickly moved into “She’s No You.” One thing that I learned from this concert is that Jesse McCartney is quite literally the master of stage presence. Solely saying that he is a good dancer or singer is insulting…that’s how powerful his stage presence was. He brought an energy that made people (read: me) quickly fall in love with him and dance moves.

Every so often, Jesse took the time to interact with the crowd, asking them questions and telling us a little bit about what he had been up to. In the four years since Jesse last toured, he started smoking meat and, most recently, was involved in a Funny or Die sketch.

A definite crowd favorite was when he picked a girl to come up on stage and serenaded her in front of the audience. Although I did not get picked, the way Jesse interacted with everyone throughout the concert made me feel as if I was getting serenaded too. He found a way to involve everyone through sing-alongs and crowd interactions. While he performed a few new songs, he mostly contained the show to his earlier hits, such as “Leavin’,” “How Do You Sleep” and “Bleeding Love.” Jesse almost ended the show without singing “Beautiful Soul”, but came back onstage to perform that as an encore.

Honestly, this concert took me from a casual listener to his hits to a full on fan girl, and my love was extended even more when I met him after the show. If you ever get the chance to see Jesse McCartney, do not miss out! If it’s anything like last Saturday, he’ll make you fall in love.