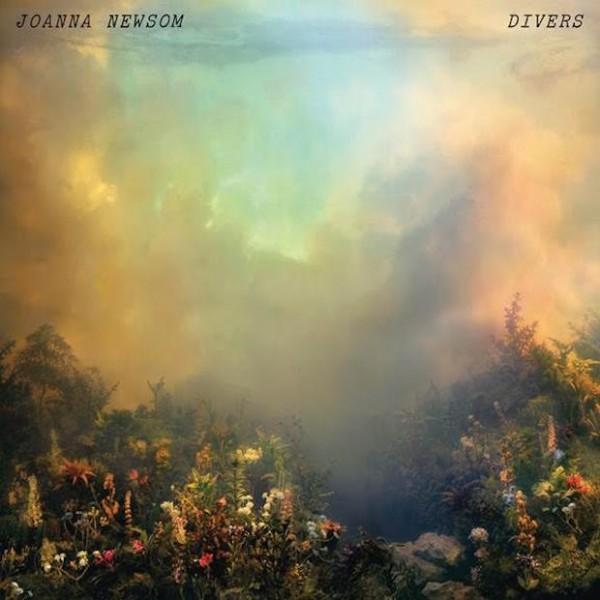 Waiting for a new Joanna Newsom album is like waiting for a new novel from a beloved writer. In fact, I found it way more exciting to follow the media coverage for her latest release, Divers, than it was anticipating the summer release of Harper Lee’s scandalous Go Set a Watchman. Imagine that. An English major more interested in the musings of Andy Samberg’s wacky harpist wife than the follow-up to one of the most loved American novels of all time. Every piece Newsom writes incorporates creative lyrics and thoughtful orchestration—even her most stripped-down songs sound intricately crafted. To be perfectly honest, her 2004 debut The Milk-Eyed Mender changed my life. So did her mammoth project Have One On Me in 2010.

I’ve spent years trying to get other people to like Joanna Newsom’s music. Her weirdness has taught me some big lessons on the extent to which people will put up with you telling them what to like. Each new release from her is a new opportunity for supporters to call attention to Newsom’s brilliance. Every media appearance carries the potential for connecting her brilliant work with people in need of her comfort. If ninety-nine out of a hundred people reject her unconventional work, that one person who doesn’t reject it makes the struggle worth it. So these last few weeks have been exciting.

Right from the start, Divers refuses to adhere to standard notions of song-construction. People have long struggled to categorize Newsom. Some have called her part of the “freak folk” movement, others “avant garde folk,” and a few brave enough to call her work “neo-baroque.” Divers does little to clarify what genre she falls into, and her resistance to conformity, though not angry or aggressive, is totally revitalizing. Divers, like Newsom’s other albums, is a living example of the advice from a certain school of writing teachers: “Make it as long as it needs to be, and not a word longer.” There are no filler pieces to be found on this album. Each track can be analyzed on its own, as well as in the context of the album’s overarching themes.

An early stand-out, though, is “Sapokanikan.” Newsom illustrates the development and eventual decline of a city, addressing political institutions, seasonal changes, and technological shifts—all while squeezing in some character development. She tackles these topics with earthly details (“Beneath a patch of grass, her bones the old Dutch Master hid”) as well as lofty speculation (“and the records they left are cryptic at best, lost in obsolescence: the text will not yield (nor the x-ray reveal with any florescence) where the Hand of the Master begins and ends.” Amidst this complex story-telling are Newsom’s transitions between a whole bunch of musical approaches, at times folksy, then jazzy, classical, and lullaby-like.

Beautifully simple piano compositions, paired with a hodgepodge of other well-utilized instruments (fiddle, accordion, clavichord, harp, etc.) show up all throughout the album, but the first truly heartbreaking track, “The Things I Say,” comes around the halfway point, and it is one of the simplest songs on Divers, musically speaking. Newsom croons tear-jerking lyrics that only get sadder as the song progresses. She starts, “If I have the space of half a day, I’m ashamed of half the things I say. I’m ashamed to have turned out this way, and I desire to make amends,” over a simple, but powerful chord progression. In the third verse (loosely defined, as the song doesn’t have a standard verse/chorus/verse structure), Newsom taps farther into her insecurities, singing, “There’s an old trick played, when the light and the wine conspire to make me think I’m fine. I’m not, but I have got half a mind to maybe get there, yet.” Joanna, you’re killing me! (Seriously, this is the song I want playing when I die). And then she closes with this killer: “Our lives come easy and our lives come hard. We carry them like a pack of cards: some we don’t use, but we don’t discard, but keep for a rainy day.” Even the Jokers in a deck matter to someone.

In Have One On Me’s “Baby Birch,” Newsom asks, “It’s been a long, long time. How are you?” In the years since that album’s release, I have wondered what her own response might be to that question. Tons of stuff has happened in just five years and Divers may not be a comprehensive answer, but it’s a start.

Key Tracks: “Sapokanikan,” “Waltz of the 101st Lightborne,” “The Things I Say”

Check out a version of “The Things I Say” from Pitchfork Music Festival 2013 (I was there! But didn’t take this shakey video):

And here’s the official video for “Sapokanikan”: