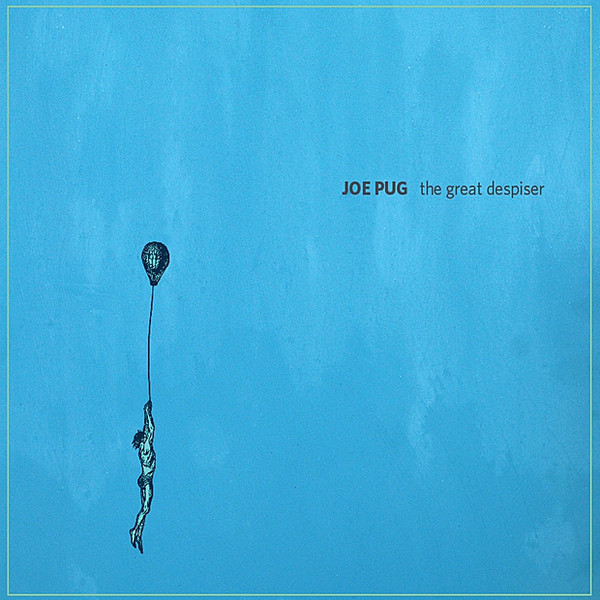 If you’re an enthusiast of the indie singer-song writer/folk type, chances are you’ve heard of Joe Pug. He’s got the spirit of Bob Dylan with his poetic lyrics, tinny instruments and hearty harmonica routine (but he’s got a much prettier voice…sorry Bob) and he’s made a name for himself in the genre since the release of his first EP, Nation of Heat in 2008. He’s also a regular visitor to Urbana’s Canopy Club, his most recent show back in February, which he absolutely ROCKED.

Pug’s newest album, The Great Despiser, doesn’t disappoint. Beginning the album is “Hymn #76,” a song with a title reminiscent of a few of his older tracks (Hymns #35 and #101). It’s nice and slow paced with purely bass and guitar accompaniment. The lyrics are piercingly poetic; he sings, “To meet me is to dare into the darkness / If you are devoted to a dream,” and “To love me is to sit upon the mountain / Every step is harder than the last.”

As the album progresses, Pug deviates from this slow, soft, folk ballad trend and starts to delve into his more country and rock-sound. “The Great Despiser”, the song giving the album its name, was not my personal favorite of the set—-it is twangy and honestly kind of cheesy in production. During the instrumental breaks, I initially felt I could have just as easily have been listening to a CMT hit, but in the end, Pug’s lyrics and soul made the song worth listening to.

He gets back to what he’s known for—the driving, but folky tune—with the track “Ours”, which encompasses some pretty cool harmonies and tasteful layering of instruments, creating one of the more innovative sounds heard on the record.

Pug proceeds interweaving genres, slow and fast, throughout the rest of the album; he includes some shades of Old Time Music with the addition of a fiddler in “The Servant’s Aces”, and a more rocky, even Beatles-y feel in “Neither Do I Need a Witness”.

Honestly, I had to listen to the album a few times to get a true handle on it. I was confused, because individually all of the songs were well produced and cohesive. But when all strung together, with the variety of sounds and genres represented, the tracks formed a strangely diverse tapestry that I did not at first understand.

On my third listen, I grasped what I was listening to—the conglomerations provided in The Great Despiser tell a story lyrically, but musically, too. It represents the plethora of sides of Pug’s musical self in each song, truly fulfilling each of these sides.

The last track, “Deep Dark Wells”, is still echoing in my ears (perhaps because I’m listening to it as I write this). Pug sings, “as long as you’re not finished, you can start all over again.” And it’s funny, because when that song comes to an end, my iTunes graciously starts the album from the beginning again for me, with “Hymn #76”, and it circles together really beautifully. So I hope you give it a listen. And if you like it, when you’re finished, you can, in Pug’s words, “start all over again.”

Check out : “The Great Despiser”