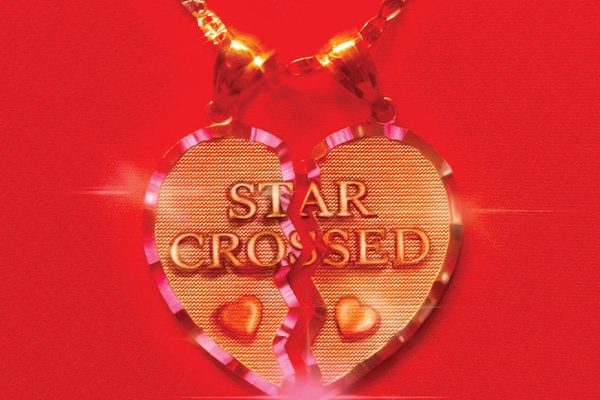 “Keep me in your glow / ‘Cause I’m havin’ such a good time with you” sang Kacey Musgraves on the 2018 Album of the Year, Golden Hour. You can only imagine how many people kept Musgraves in their glow as the country-turned-pop singer amassed a huge following from her dreamiest and most ambitious album. She broadened her creative capabilities with Golden Hour and with that large reception she drew in, it seemed to have given her the confidence to expand on that sound she crafted with her latest release star-crossed.

Let me set the scene for you on how this album plays out. Inspired by Shakespeare, Musgraves describes this album as a tragedy to be taken in three parts: her marriage, her divorce, and the aftermath. While Golden Hour is interpreted to be her marriage album, fans anticipated this to be a divorce album. In part, that is true; she does touch on her breakup. However, star-crossed should not be seen solely as a divorce album, just as Golden Hour should not be seen solely as a marriage album. This is a tale of her healing journey and that doesn’t just happen in a straight line. That being said, Musgraves is picking up from where we last saw her: in her marriage.

Well, not quite. The tragedy opens with its dramatic title track, where a siren lulls you in, a Spanish-style guitar flows into harp-sounding keyboards  and synths, and Musgraves spoils the plot. Or maybe she’s just drawing you in, outlining what is going to happen like the tapestries shown at the beginning of Midsommar. This is like the beginning of a movie where the wackiest or most intense moment is played, the record scratch is cued, and the protagonist goes, “You’re probably wondering how I got here.” Her voice leads us out with moments of silence following behind, picking up with a spoken interlude telling us that we are going back to the beginning. Now, we can picture Musgraves trying to fulfill the role of a good partner by performing superficial tasks for her husband, revealing her first doubts of marriage. We are lead into “cherry blossom” with its cheesy synths, alluding sonically to, or perhaps recycling, “Wonder Woman,” where Musgraves expresses that the two of them should not idealize each other, whereas this one does not really do anything for the album; she at least gives a warning to her husband. This leads into her fantasizing about being a teen again and her relationship as a rom-com.

The better of the two singles kicks off part two, the inevitable downfall. We are now seeing a bit of anger from Musgraves. On the whole record, this is one of the most impassioned songs. While she is frustrated, she recognizes that she does have a part in their relationship, for “That you shoulda treated me right” turns into “That I shoulda treated you right.” Continuing on with her fantasies, “angel” follows, but it feels like a repeat of “if this was a movie..” except better. “Breadwinner” evokes the disco stylings and lyrical punches of “High Horse,” slamming her husband in the song before for not communicating that he was jealous and insecure because of her success. In “camera roll,” Musgraves again acknowledges that she has a stake in her suffering after a late-night scroll through photos she made him take before they lost all the sun.

Part three is characterized by her healing process. She deviated from making another country record, but that is fine because her country roots were still planted in “keep lookin’ up.” This song is characterized by lighthearted delivery both vocally and musically but features hopefulness for a better future and Musgraves’ dedication to healing. This is the century of the flute thanks to King Gizzard and the Lizard Wizard, Lizzo, and now Kacey Musgraves. The instrument is busted out on “there is a light,” showcasing that Musgraves is willing to take more risks and that they pay off. I feel like this song and “Uptown Funk” by Bruno Mars would be in Shrek 5 if it ever comes about. The album is bookmarked by Spanish guitars, ending with a cover of the Chilean Violeta Parra’s song “gracias a la vida,” which sums up that through these magnificent highs and lows, Musgraves is still thankful for life.

It is a tragedy that this album lacks Musgraves’ signature sharped-edged zingers. I fell in love with Musgraves’ witty lyrics from “Follow Your Arrow” and essentially all of Pageant Material. Although, it might be for the best. This was more focused on her sorting through her feelings and everything that happened within this last chapter of her life. It may not nearly be as happy as its predecessor, but she does not shy away from the truth to show that one can go from one elated, joyous season of life into a more tumultuous one. She branched off from Golden Hour and employed more creative liberties in her sound with this one. Musgraves even put out a film for this. While the “golden hour faded black” here on this album, she laid the framework for greater fulfillment, in her healing journey and her musical career beyond.