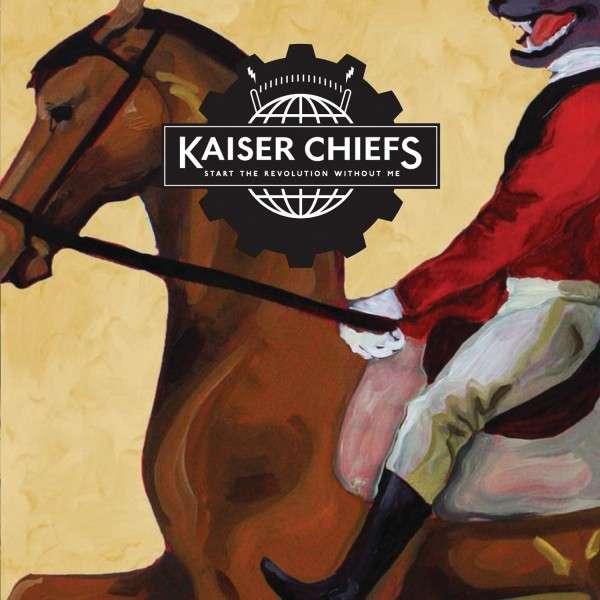 The latest effort by the Kaiser Chiefs, Start the Revolution Without Me, is actually the American rerelease of their album The Future Is Medieval, which came out last June. Originally a highly customizable album with create-your-own track listing and album artwork, the rerelease offers a more cohesive product.

While it is more organized, this album does not do much to differentiate itself from the rest of the band’s material. It hardly stands out against anything the current alternative or indie music spheres; nothing of theirs has since their hit single, “Ruby,” off of their 2007 record Yours Truly, Angry Mob.

That said, there is nothing wrong with this album if you’re looking for some good, sunny day music. Kaiser Chiefs played it safe on this one. It’s a simple, light, catchy British indie recording. In fact, it could be perfect background music for hanging around outside and enjoying the beautiful weather that we’ve been having lately.

There’s a little bit of everything on this album, from the futuristic-sounding opener “Little Shocks” and other synth driven tracks to the classic rock n’ roll song and personal favorite of mine on the album “Kinda Girl You Are.”

It is as if the band took influence from every genre that has ever had prominence in the UK, toned it down and released it in one album. Reggae and ska influences can be heard in tracks like “Heard It Break” as well as new wave sounds throughout.

Start The Revolution Without Me is Kaiser Chiefs’ attempt at putting together their latest tunes in an order so that they flow like an album. Released to an American audience that should appreciate that, the album still lacks any exciting ingredients. Playing it safe can only get a band so far, and if the Chiefs want to capture the attention of listeners, it’s new, exciting material that needs to be released, or else the rest of the music world really will “start a revolution without them.”

Key Tracks:  “Little Shocks,” “Kinda Girl You Are,” and “Can’t Mind My Own Business”

Check Out: “Kinda Girl You Are”