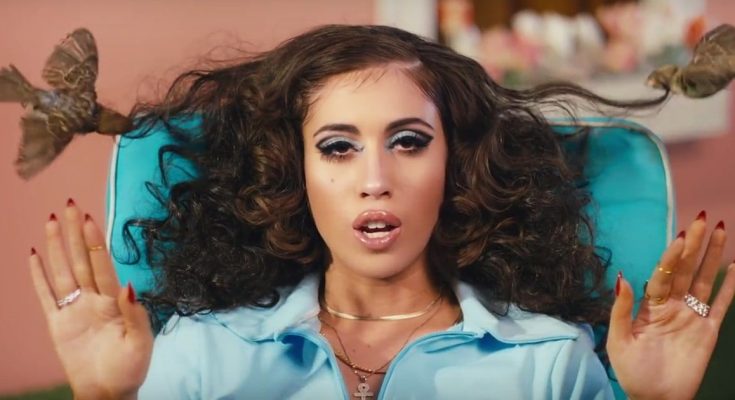 If you’ve been scrolling through TikTok for the last few weeks, then you might have had the pleasure of
being enchanted by Kali Uchis’s “Telepatía.” TikTok users have recently been using Uchis’s song in the
background of their videos while other trends show non-Spanish speaking users attempting to sing the
artist’s bilingual lyrics. This isn’t the first time Uchis’s music has been circulated around TikTok, her
song “Dead to Me,” from her debut album Isolation, made the rounds. Uchis’s lyrics have been dancing
around our brains in pure bliss for weeks, but who is the angelic voice behind the heavenly love song?

Kali Uchis (pronounced u-chees) is a Columbian American artist born and raised in Virginia. She is a
talented creative with experience in producing, songwriting, creative directing, and design. Uchis first
gained popularity from her debut SoundCloud mixtape Drunken Babble. She caught the attention of big-name artists scoring features on Gorillaz’s 2017 album Humanz and collaborations with Diplo and Tyler
the Creator on her first EP Por Vida.

Uchis spreads the love as a carefree angel in her newest album, Sin Miedo, which features artists like
Rico Nasty and PARTYNEXTDOOR. The artist’s music combines her unique sound with influences of R&B
and soul to form what Rolling Stone calls cosmic soul. “Telepatía” comes from Sin Miedo, Uchis’s first
Spanish LP, which beautifully blends Uchis’s genre-breaking sound with her Latin roots. Uchis brings
Spanish and English together in “Telepatía” to create a feel-good experience that is impossible to get out
of your head. Uchis says in a TikTok that the song was written about, “spiritually being with someone
[she] physically couldn’t.” While writing “Telepatía” Uchis says she sent telepathic healing love to all that
listen. So, if you’ve listened to the song and wondered why it makes you want to run through a field of
sunflowers, that’s probably why.