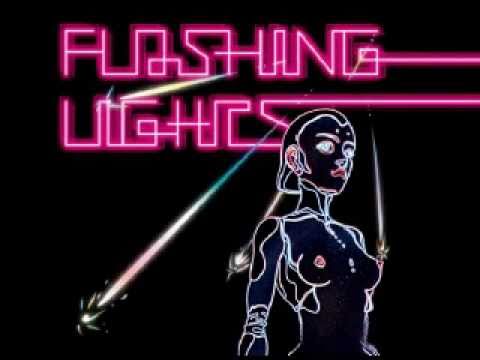 2007 marked the year Kanye West’s music would structurally shift from the familiar hip-hop sound to a fusion of fresh elements. His third studio album, Graduation, would be the very first of his lengthy discography to experiment with synths, electronics, and even a variety of strings. Graduation is quite a popular album when viewed in the eye of the public, but when stripped down to the core, the true genius of Kanye’s songwriting comes to the surface. It is often correlated with the inflation of his career, ultimately describing the rise and hustle of a hip-hop artist who was capable of reconstructing a sound for his music. Writing this album at the peak of his glory, Kanye is able to step back and celebrate his success. “Man why can’t life always be this easy?” resonates with listeners as they take a look into his come up.

“Flashing Lights” is the ninth track off the album, but continues to stand out as one of my favorites to this day. Although this album is going on its twelfth year of existence, there is never a time where it does not cross my mind. The introduction begins with a mesmerizing collection of strings and a synth melody, giving off a futuristic vibe. Almost too smooth, the strings dive into the simple set of synth chords, repeated throughout the track. Kanye accomplishes the impossible, transferring his feelings of glory into his music. The song sounds glorious, transporting listeners to the top of the world when they listen, allowing them to truly soak in his grandeur and feel what he has accomplished. It is the ultimate celebration with all of his fans. A subtle handclap machine can be heard in the background, serving as the pounding beat for the track as well as a topping for the crisp and clean sound.

The lyrics are a bit complex to understand, circling around the topic of a romantic interest failing to grasp the importance of equal love in the relationship. “She don’t believe in shooting stars, but she believes in shoes and cars” reveals her materialistic nature, focusing solely on consumerist ideals. Kanye continues to rap about his unsettling feelings for his girlfriend, inherently tying her with his feelings for the public, the paparazzi that is constantly on his every move. The title of the song itself holds a deeper meaning, unveiling the constant criticism from the paparazzi he just can’t seem to escape from. Towards the end of the track, he describes her as “Mona Lisa,” feeling distant from her as though he can’t touch her, as she becomes merely a memory to him, a painting he will never be able to get to. The track is finished off by artist Dwele, a feature Kanye includes to sing the outro “What do you know?” several times, as the artist tries to distinguish between the two lives he is forced to lead.

“Flashing lights” is a track that will forever resonate with me, with my nostalgic self. It is the transformation of an artist, the production and the creation of the entire album telling his story, a story of glory. Just being able to witness and hear the development of an artist over the years is a gift itself, and “Flashing lights” will be a song to withstand the test of time.