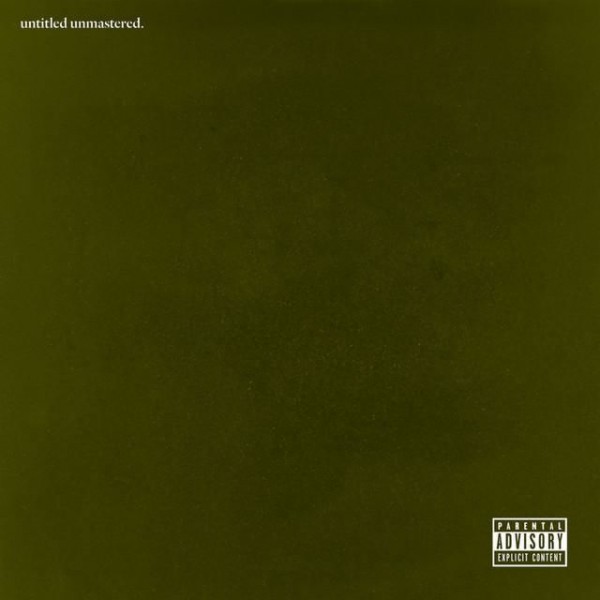 In today’s multi-media world, you need frequent content. The world used to work fine with just one super-hero movie at a time but now we need three interconnected ones every summer as well as a TV show spin-off to keep us satiated. So many Cartoon Network and Adult Swim cartoons have smartphone games. As usual with pop culture phenomena, rappers have been on top of this. Just look at Drake who came out with new music every time the media started to forget about him. It now looks like even Kendrick Lamar has caught on with what might be called a mixtape.

untitled unmastered is a compilation of Kendrick Lamar’s demos that were more or less supposed to be a part of To Pimp A Butterfly. It may seem too mainstream for Kendrick to come out with considering the last album was so world shattering, but you really shouldn’t consider this a complete album. Really just think of it as some kind of supplement, like a Deluxe Expanded set to accompany To Pimp a Butterfly.

The first worry would be that with such a rough collection, it’s too easy to come out with just a bunch of hard beats with surface level lyrics, which would be very disappointing considering his strongest point is how important his topics are and how hypnotizing his wordplay was. Fortunately, the verses here are just as strong as anything he’s done. This album will reward the close listener. I recommend following along with a lyrics at least once so you can appreciate the subtle way he goes back and forth between short simple words and longer, more complex terms like he does in “untitled 06,” a song about self-acceptance done with CeeLo Green.

In terms of musicality, it has the same jazz-influenced scorings as before and it’s starting to feel like too much of a good thing. There is still some creativity in the tones and voices. Perhaps even more than ever before Kendrick has treated his voice like an orchestral instrument, exploring the dynamic and duration limits of it. There is also one cool raw half-demo found at the end of “untitled 07” where Kendrick is singing a Bob Marley-esque song with nothing but a bass backing him up. It’s so rough he directly talks to the people listening about what he wants to do in the final cut.

So yes, there are some noticeable unmastered parts, and it can be annoyingly long if you try to listen to this album as a whole. Also, if you’re looking for some binding structure, you’ll be disappointed. The one musical motif is a crowd shout of “Pimp Pimp! Hooray!” that is repeated in between some songs. Other than that the only things tying it all together are the same themes that were found in To Pimp a Butterfly. But like I said, you really shouldn’t listen to this like an album, but rather as some kind of collection of intimated demos. It promises a step inside Kendrick Lamar’s mind and that is exciting enough to listen to until his next full-fledged album.