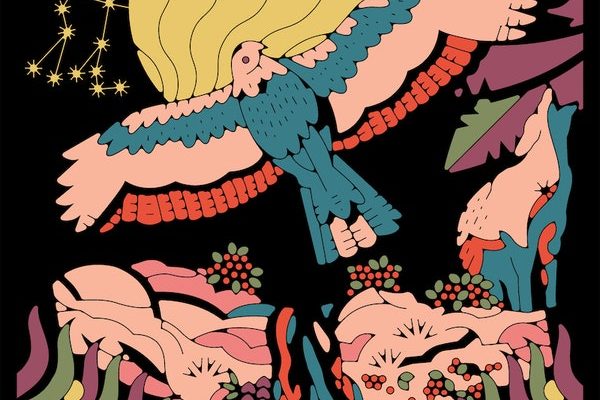 When asking someone to describe their favorite musical artist, one would likely expect any given fan to provide a response that adequately conveys what genre the artist falls under, what style of singing and songwriting they utilize, which musical stylings they tend to lean into, and so on. In the case of the Texas trio Khruangbin, even the most avid fan — myself included — can have difficulty putting to words exactly what they are. Comprised of bassist Laura Lee and former church bandmates Mark Speer and Donald Johnson on the guitar and drums, the Houston-based group has concocted a sound that is truly unique to themselves.

Khruangbin” — pronounced “Kroongbin” — translates from Thai into “engine fly,” a term used commonly for “airplane” within the language. The band chose such a name to portray their commitment to blending a plethora of diverse sounds from across the world into their music, a task which they have completed with remarkable success. Seemingly unable to pin them to a single genre, different critics have labeled them as soul, surf, funk, dub, R&B, psychedelic — you name it. When asked about influences on their musical stylings, members of the group spoke to how the three of them listened to loads of 1960s Thai funk at the time they created the band. No matter how anyone attempts to describe the sound of the eccentric Texans, there’s one thing about Khruangbin that will never cease to ring true: they are undeniably and intoxicatingly groovy.

The band broke out with their 2015 debut album, The Universe Smiles Upon You. Recorded in a Texas barn, Khruangbin’s first album saw them bust onto the music scene as unquestionably unique in their sound and equally special in their musical ability. The robust debut album was followed up years later with the acclaimed Con Todo El Mundo (2018) and its dub style remixed counterpart, Hasta El Cielo (2019). Fans across the world were excited to see where the instrumental-heavy trio would take their style with their latest album, Mordechai, and they have not been disappointed. With their newest project, Khruangbin sticks true to their roots of funky, internationally influenced and psychedelia flavored instrumentals while also focusing far more on utilizing vocals than they have before.

Laura Lee wastes no time indicating to the listener the direction the band will take Mordechai on the title track, “First Class,” in which she adeptly delivers hypnotic and reverb-heavy vocals that build up a euphoric crescendo to begin the project. The slow-burning track is followed by the first single the band released in anticipation of the album, the inexorably groovy “Time (You and I).” This track sees Khruangbin expand their repertoire by setting out to craft an upbeat, dance-inducing bop, an endeavor they accomplish with flying colors. Perfectly intertwining an infatuating bassline, funky guitar riffs, lively tambourine shakes and a catchy hook, Khruangbin have created a track that will have even the most lead-footed person bobbing their head and cutting up the dance floor.

While the trio certainly expands their talents on their latest full-length LP, they ensure to not stray too far from the signature style that makes them one of a kind. Songs like “Father Bird, Mother Bird,” “One to Remember” and “Shida” are more reminiscent of prior Khruangbin records, as these tracks are far less reliant on — or completely absent of — vocals and lyrics, rather focusing on experimentation within their soporific instrumentals. With this being said, one must not understate the band’s efforts to push the boundaries of their musical creativity on Mordechai. “Pelota” is an upbeat jam containing heavy Middle Eastern influence with lyrics that are entirely Spanish — a first of its kind for Khruangbin — and “Conaissace de Face” is the band’s first stab at a spoken word track. On top of being a well-executed experiment, the latter song is dedicated to a bartender the group grew fond of over the course of their Tuesday trips to a local Houston pub, as she just recently passed away. The reminiscently spoken dialogue is meant to replicate bar chatter rapport, with the chorus being in French and translating to “you knew us by face, you didn’t know us by name,” referring to how the late bartender knew the band as the bar regulars they were but likely did not know them on any deeper level even though her weekly presence became a comforting staple to the group’s frequent fraternal trips to the pub.

“Dearest Alfred” is a slow and heartwarming track made in tribute to Laura Lee’s grandfather, whom the band’s second album is named after. The lyrics of the song are gathered from a box of letters that her grandfather wrote to his two twin brothers later in life.  Laura received this as a gift and used it to pay homage to her grandfather’s dedication of maintaining a strong relationship with his family, regardless of age or distance between them. “So We Won’t Forget” follows and keeps a similar tone by being a beautifully melancholy track that emphasizes the importance of expressing appreciation to your loved ones while you still can through more angelic vocals from Lee and an up-tempo yet peaceful instrumental.

Mordechai marks the fourth superb album in the trio’s discography and serves to fully cement Khruangbin’s reputation of ingenuity and eccentricity. The band has achieved the perfect equilibrium of maintaining the formula from which they crafted their unique style — steady drums to keep the tempo, melodic bass to drive the tune forward and freestyle psychedelic guitar to give the song personality — while also branching out and experimenting with new and flawlessly executed musical techniques. A surefire top five album of the year, Khruangbin’s latest and inexplicably groovy release should be on everyone’s radar.