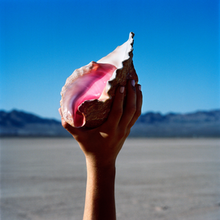 The Killers make their return after a five year gap between their last album with Wonderful Wonderful . And to be frank, there isn’t a lot going on with this album that’s entirely new, refreshing or even wonderful. There are only a few tracks that go beyond the mediocre standard the album sets and stays in your head for a little while.

The title track, “Wonderful Wonderful,” begins with a moving horn which catches you off guard. While a more experimental tune from Brandon and his boys — including heavy guitar distortions, a commanding bassline and other sound effects added in post production — it works in its own right. It’s a head banger for sure, but a slower-paced one at that. And yet it still holds the instrumental prowess that The Killer’s are known for.

“Run For Cover” and “Tyson vs Douglas” were undoubtedly the head bangers among the rest of the mostly forgettable songs the album plops on our plates. With both tracks boasting a fast-paced beat and ecstatic vocals, the overall sound of the two is reminiscent of the memorable, over-the-top nature of the band’s greatest hits from Sam’s Town and Hot Fuss .

“Run For Cover” excels when the main chorus comes in — but mainly because it’s a catchy hook; really, the best aspect about this track is the instrumentation itself. “Tyson vs Douglas” hits like a knockout punch with a dreamy synth keyboard, a distorted main chorus and pressing drum beat that leaves your feet tapping. Flowers sings “When I saw him go down/ Felt like somebody lied/ I had to close my eyes just to stop the tears” with such emotion that it’s clear this historic match had him shook. Almost certainly, Flowers looked up to Mike Tyson in a way that a kid looks up to their parents.

The album’s last track is another ballad akin to “Some Kind Of Love.” However, this closing song remains the slowest and most emotional of the entire album — and that’s not a good thing. You can cut some slack for Flowers and his boys at least trying to make this work, but it just doesn’t do the band justice. “Have All The Songs Been Written?” just sounds like an unnecessary, dramatic filler to make sure that the album ends on a deeper note.

The Killers truly kill their best songs off every album; and coincidentally, those songs are the bangers everyone knows. On tracks like “Run For Cover” or “Tyson vs Douglas,” the vibes are extravagant and excessive and for some reason it just works for them — and you and I both know it wouldn’t work for any other band.

I know The Killers for their greatest hits — the songs that make you want to air guitar and sing along until you’re out of breath. I don’t know them for their slower, more gentle songs; and honestly, no one else does either. “When You Were Young,” “Mr. Brightside” and “All These Things That I’ve Done” are the highest highs of the band’s career, achieving overplay status on the radio when I was growing up. These unforgettable tunes aren’t expected to have an extensive meaning on the human condition; instead, they’re supposed to be blasted with the windows down on a summertime drive. Wonderful Wonderful almost grasps the glory days of what The Killers used to be, but falls short in doing so.