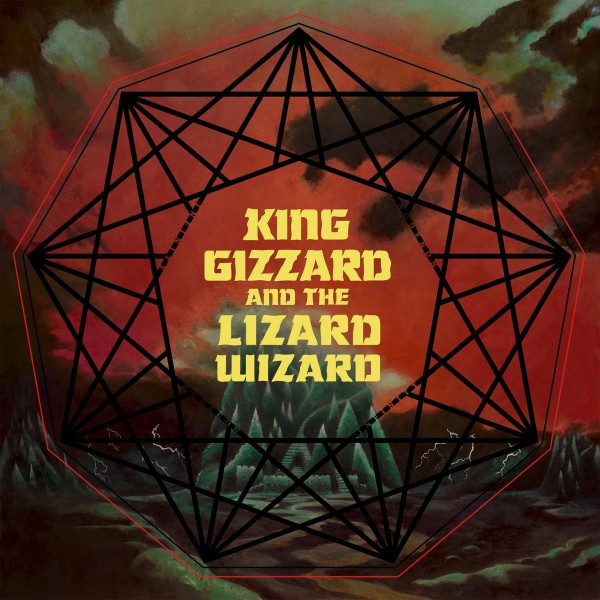 Last November, in my review of Paper Mache Dream Balloon, I commented on the remarkable speed with which King Gizzard & the Lizard Wizard keep releasing quality albums. By now, it should no longer be a surprise whenever the band drops a brand-new album just one or two weather seasons after the last, yet I still found myself taken aback recently when I discovered the imminent release of Nonagon Infinity. And as with bands that release as much and as quickly as King Gizzard, it’s not uncommon to wonder just how long they can keep it all up. Yet four years and eight studio albums later, they are still churning out material that is fresh, exciting, and just as entertaining as their first releases. Maybe these Australian rockers have discovered some long-hidden creativity secret? If the recent discovery of Prince’s massive vault of unreleased music can teach us anything, it should be that some musicians/writers simply have an extra-human level of creative endurance. And I’m willing to stand up here and now to declare King Gizzard & the Lizard Wizard a part of that club.

Combing through King Gizzard’s discography, there is something for many different types of music fans. They certainly lean toward the alt-psych side of the rock spectrum, but occasionally tap into folk, funk, punk, and even a little rockabilly. All that said though, Nonagon Infinity is not an album that will appeal to everyone. It drops the track-by-track clarity present in Paper Mache, and returns to the extended balls-to-the-wall Adderall jams notable in Float Along, Fill Your Lungs and I’m in Your Mind Fuzz. Added to the album’s minimal transitions between the tracks—most of the album sounds like one continuous song—is the extra kick of energy.

There are always clear signs of life in King Gizzard’s music, even their quieter stuff, but Nonagon Infinity takes that energy to the extreme. It starts off with a massive kick in the rear that is the thrashing “Robot Stop” which then bleeds into “Big Fig Wasp” (but not before echoing riffs from the I’m in Your Mind Fuzz jam sequence) which in turn bleeds into “Gamma Knife” and on and on. The album does not really relent in its momentum until the eighth track, “Wah Wah” (which is still a continuation of “Invisible Face” before it, but a much more toned down moment than what precedes). The constant movement is certainly fun to listen to. It’s like what Abbey Road could have been if John had a little more patience for Paul’s whims. However, be warned: if you plan to tune in with a non-premium Spotify account, there will be interruptions and they will suck.

Since the track demarcations on the album seem to exist more for marketing than anything else, it feels rather reductive to consider the songs individually. From the first song, you will know whether or not the album strikes a tone you can groove to. So try out “Robot Stop” and if you’re not into it, walk away. But if you agree with me that it kicks ass, listen on and mosh to your heart’s content.

Key Tracks: All of them