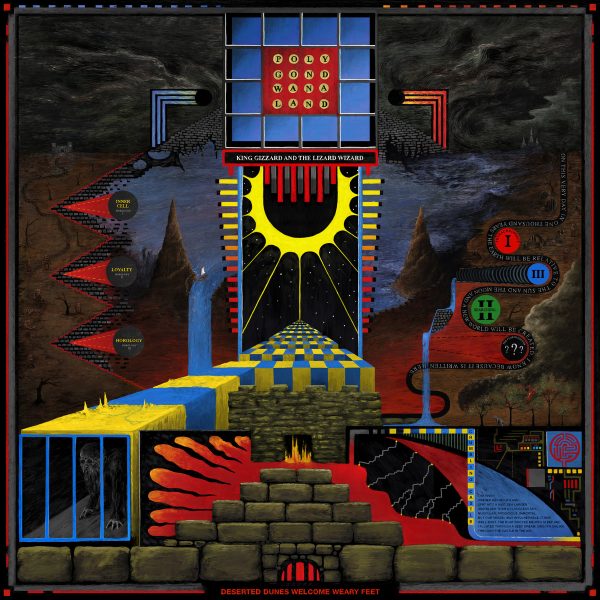 King Gizzard has set out to release five albums in 2017. I don’t believe you can look at King Gizzard’s past year as one project, although it helps to know the context as the band moves on from each album. The first album experimented with microtonal tuning, the next with spoken word and a heavier sound, the third with jazz rock, and now, the fourth, Polygondwanaland. Polygondwanaland is less of an experiment than usual for King Gizzard. Before they go into the studio, they try to create inside of a concept. The concept’s box is a lot bigger here. Often when King Gizzard doesn’t have an experiment to set out and tackle, they return to their progressive, jammy, psychedelic rock. That is what they are at their core even with projects that stray so far from their “bread-and-butter” genre. 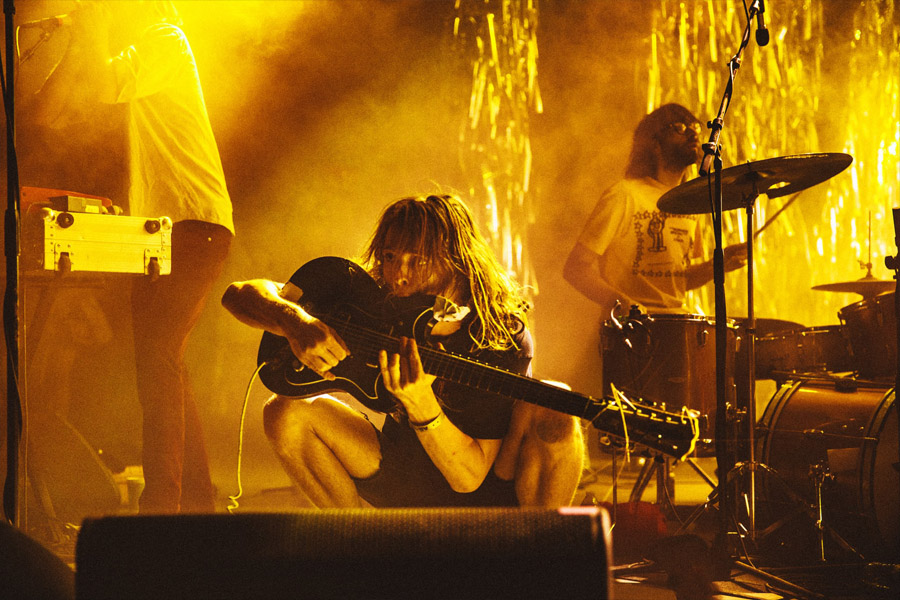 The idea here (other than the album not being owned by the band http://kinggizzardandthelizardwizard.com/) is four medleys. The first is a ten minute long track. Then, the next three are compiled of three songs each. The medley style for the first two is a lot like two of their past albums, Murder of the Universe and Quarters, in that they seem like a lengthy song. The last two stray from using the same riffs and lyrics as the music progresses from each track.

As per usual with King Gizzard, they deliver here on Polygondwanaland. The first song, “Crumbling Castle,” is an absolute beast of a track. I think it is some of the best material the band has ever released. It is very reminiscent of another ten-minute fan favorite track, “The River,” although this time “Crumbling Castle” is less psych and more rock. It starts slow and finishes with a punch.

However, there is not a lot to say about the others; the music is all pretty similar. The songs are not very memorable when taken out of context, but work well in their respective medleys and when listening to the album as a whole. This is because the album, like their previous, is very jammy. The tracks do not have your typical song structure. They are all based around progressing the psych prog rock instrumental in the medley. The addition of synths here and there on this album help give it that prog rock sound that would not be misplaced in the late 70’s. 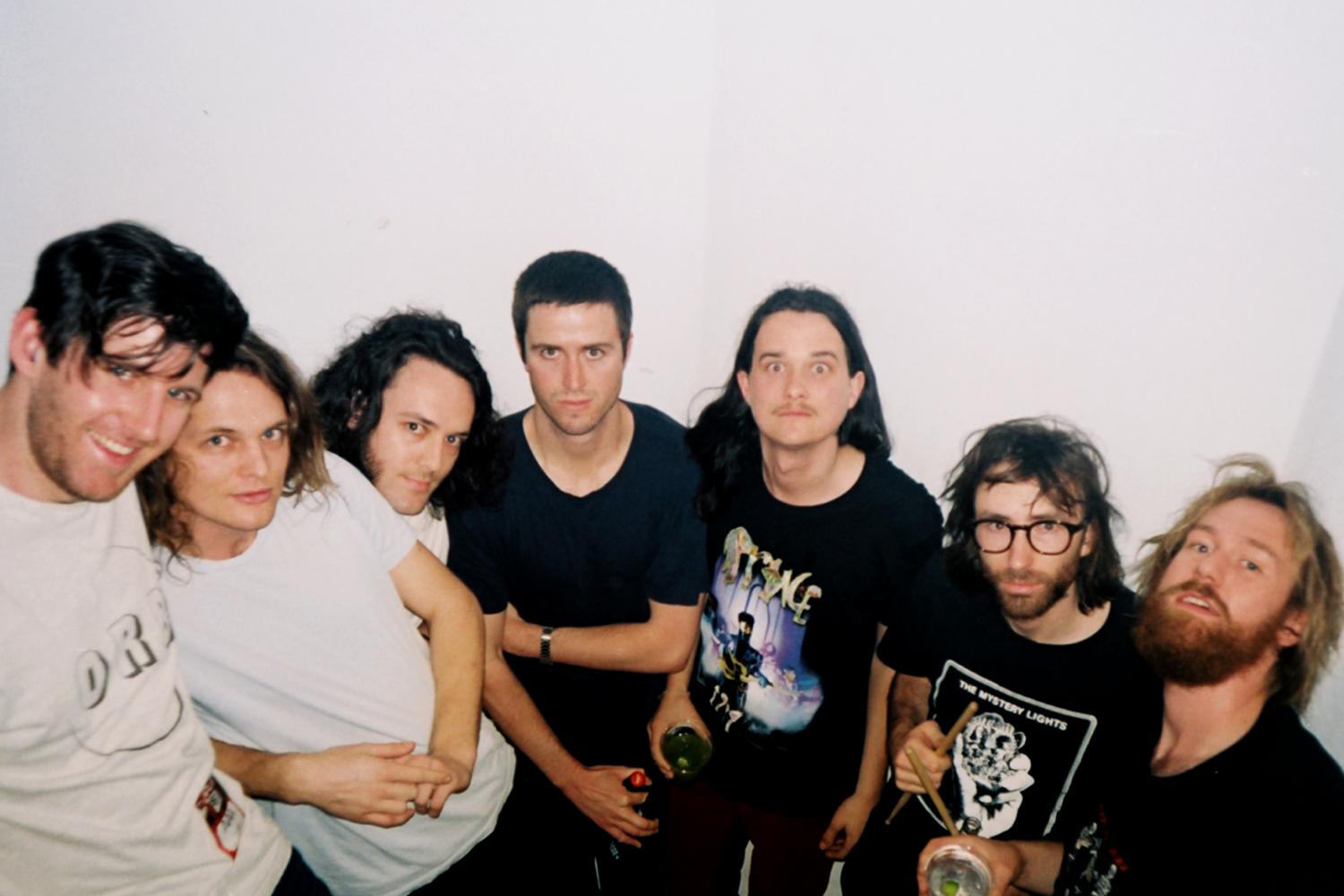 Again, the vocals are not at the forefront of this Gizz project. Aside from Crumbling Castle’s powerful belts, they are sung softly with effects and pair nicely with the instrumentals. In a word, I would probably describe them as serious because they are not that far from spoken word. The sedated words on this album are just about the same subject matter from past projects. The band uses mythological, cryptic lyrics similar to many Led Zeppelin songs. Although it can be corny at times, it is something refreshing in modern rock compared to pretentious introspective lyrics as the standard.

Polygondwanaland is another good album in King Gizzard’s vast discography. They are not trying to reinvent the wheel, but are out to steadily release great music. However, in a way they are reinventing music because, apart from experimenting, releasing great albums this prolifically that are all unique is something that no other band has been able to do successfully in recent memory. Polygondwanaland is another piece in King Gizzard’s modern rock journey.