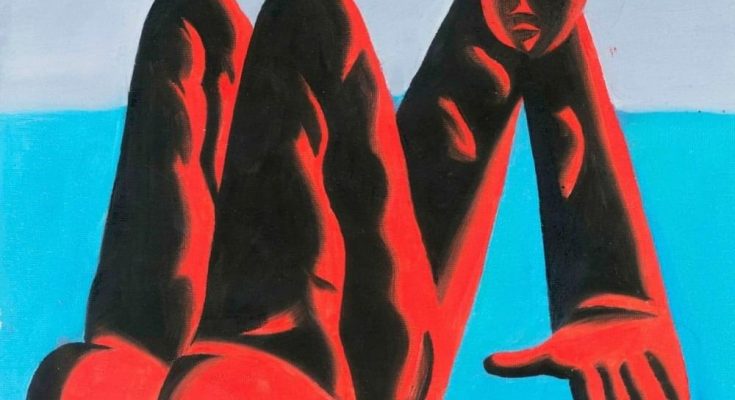 The crazy Brit has done it again. Archy Marshall, the 25-year-old, London born singer-songwriter who releases his music under alias King Krule, has just released his fourth studio album, Man Alive! Continuing his trend of releasing high quality, envelope-pushing music on a consistent basis, Marshall fully embraces his image of being a genre-bending pioneer that the music industry desperately needs.

In today’s modern music scene, it’s very rare to come across someone willing to take large risks and try something completely unique that has virtually never been attempted before; enter King Krule. Marshall released his first studio album, 6 Feet Beneath the Moon, in 2013 on his nineteenth birthday. Right out of the gate, it was clear that there was something different about Marshall. At even this young of an age, he was already boldly pulling together elements of vastly different genres, citing several artists who are entirely dissimilar to each other stylistically as his inspiration. Taking components from punk jazz, hip-hop, ambient and psychedelic music, Marshall has created a genre entirely unique to himself.

On Man Alive! Marshall picks up where he left off with his critically acclaimed 2017 studio album, The OOZ, a dark and foreboding album that makes for an unsettling listen. Man Alive! embraces a similarly grim tone but does so in its own unique, reverb-heavy way. The album addresses topics such as Marshall’s impending fatherhood with the recent birth of his daughter on “Alone, Omen 3,” the depression that he’s dealt with since he was a child and enrolled in unsuccessful mental health programs on “Stoned Again,” failed relationships of the past on “Cellular,” feelings of loneliness in a world that seems to have lost its moral compass on “Theme for the Cross,” and the minimal solace he now finds in the midst of all his troubles in the shape of having a new family on “Perfecto Miserable.” All these topics are covered through cryptic lyrics that are written in near poetic fashion.

While everything said above implies that the shining aspect of Man Alive! is Marshall’s lyricism, what he’s saying in the songs is often overshadowed by his anguished, fed-up-with-the-world sounding delivery and his captivating instrumentals that are experimental, drony, and incredibly ominous. Marshall uses his instrumentals, which are entirely self-performed (aside from any saxophone parts) and self-produced, to create the feeling of bleakness and unease that Man Alive! transmits so well. On songs such as “Supermaché” and “Comet Face,” he begins slowly and uses a gradual swelling crescendo that eventually develops into a hectic cacophony of clashing instrumental sounds and distraught vocal delivery, building up tension and foreshadowing a horrific climax—and then he ends the song. It’s like when you feel a big sneeze coming on only for it to disappear at the last moment; the feeling irritates you severely for what seems like an eternity, you feel the sneeze coming closer and closer, and when all that pressure is finally about to be released, the urge to sneeze disappears completely and you feel as if that tension has been internalized elsewhere when it really should have been let out. Marshall has essentially found a way to replicate this feeling through his music, leaving the listener to process the unease that they feel after an abrupt ending to such emotionally disparaged songs as they’re already thrown into the next song in the tracklist.

Considering King Krule makes about as unique music as one could find, odds are you probably have never listened to anything like him. Man Alive! is perfect if you’re trying to listen to music that is not only new in a recent release sense, but also is different stylistically from essentially anything in today’s music mainstream. This is an album you need to listen to at night, driving back to Champaign from your weekend visit at home, or making the long trek from the Ike to the engineering quad on a dreary, rainy day – this is not an album to bump with the windows down on a beautiful summer afternoon. If the above descriptions of the album’s heavy subject matter sound intimidating, don’t let them be. The lyrics often take the back seat to the instrumentals, making this album the perfect fit for any gloomy, moody vibe. Man Alive! is a beautiful work of art that says so much while spelling out so little, that makes the listener experience Marshall’s mental dispositions with them through his powerfully sinister instrumentals, and that blends together multiple different genres in such a beautiful and unique way that truly makes the album a masterpiece. At only 14 songs and 41 minutes in length, this album is more than worth your time, and definitely deserves a listen.