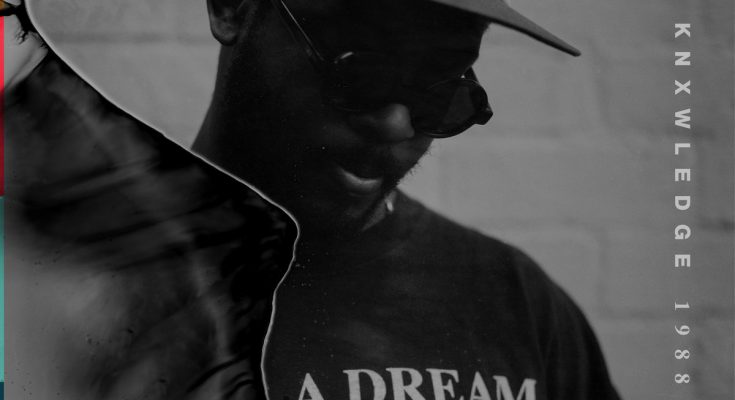 For those familiar with the LA beat scene, Knxwledge is a household name. He’s been steadily releasing fuzzy, lowkey beat tapes and remixes on his Bandcamp since 2009, and has only gotten more prolific as the years have progressed. His first official release, Klouds was on the Irish label All City Records in 2010 and combined his unique ear for samples with textured, original electronic instrumentation. And after another solid compilation album of deep cuts from his Bandcamp in 2013, he released his debut album Hud Dreems on Stones Throw Records in 2015.

This was the first album of his that really caught my attention. In some ways, he was the successor to what Madlib and J Dilla had started doing in the early 2000s, but at the same time, he seemed to have a sound that was his alone. His beats seemed more soulful and mellow and his drum patterns seemed a little more off-kilter and glitchy than what his contemporaries were releasing. And he only goes further down this path with his second album on Stones Throw, 1988.

The year is his birth year, which is fitting considering how nostalgic this album can sound. The loops that he finds are warm and soulful and seem to celebrate an era of music that now only lives buried in the shelves of record stores or poor quality YouTube videos. One of the best examples of this is the track “listen” which is a flip of Mikki Howard’s “Love Under New Management.” Knxwledge uses some choral vocals from the intro of the track to create an almost gospel-like instrumental. Another satisfying sample flip is on the track “itkanbe[sonice]” featuring past collaborator Anderson .Paak. The sample is a song by The Edwards Generation called “You’re The One For Me” and the way the sampled vocals are layered with .Paak’s vocals sound heavenly. It’s one of my favorite tracks on the album but the album is full of highlights so I’m sure my favorites will change on a weekly basis.

Knxwledge keeps the features to a minimum on this album, which I thought was a great idea. Keeping a sparse feature list keeps the majority of the emphasis on the crisp instrumentals and makes the features even more memorable when you do come across one. The Anderson .Paak feature mentioned before was obviously fantastic but the final track featuring Durand Bernarr and Rose Gold, two names I’d never heard before, was easily the best feature on the album. Somehow Knxwledge managed to construct an instrumental that sounds like it came directly from an early 80s Isley Brothers album.  The features deliver some amazing vocal performances and manage to create something that sounds simultaneously new and old. It’s definitely another album highlight and a perfect capstone to the project.

I’ve really been anticipating this album and I honestly thought nothing could be able to live up the expectations I had set for Knxwledge, but after listening to it for the first time I was really quite surprised. It had tracks that I had never heard before but it also had cleaned up versions of tracks I’d heard in 2016. It seemed to be a culmination of what Knxwledge had been doing since his last release in 2015. And it embodies everything I have enjoyed about Knxwledge’s tapes from the past five years, from the crispy soul samples to the crunchy drums to the layered synths. It is an interesting combination of synthetic and organic, a balance that Knxwledge has perfected after years of making beat tapes. It’s a succinct group of familiar and strange beats for hardcore Knxwledge fans and a great taster for anyone that is new to Knxwledge’s music.