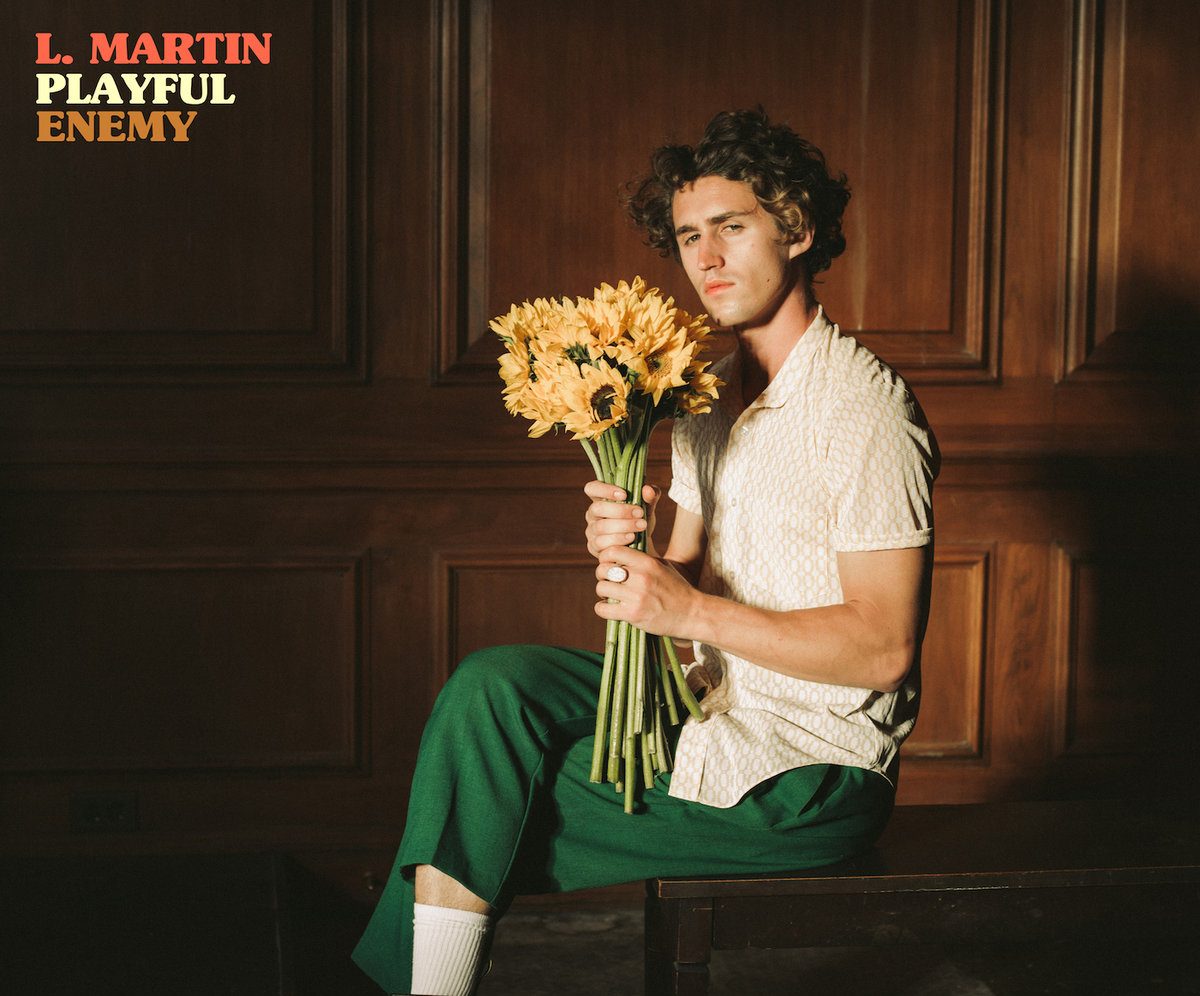 September 22, 2017 marked what was arguably the saddest day of my young life. Okay, maybe I am being a little dramatic, but it was definitely in the top five. On that dark, dreary Friday afternoon, Chicago’s own The Walters announced that they were breaking up. I was distraught. The band had something special, something that could not be replicated. I desperately clung to their small discography in hopes that they would miraculously get back together.

They didn’t, but from great darkness comes great light. Flash forward to August 15th, 2018 — the day ex-lead singer of The Walters, Luke Martin Olson, released his debut EP, “Playful Enemy,” under the name L. Martin. Almost immediately upon the breakup, Olson burst onto the scene as a solo artist, releasing a fun batch of singles before finalizing his EP in mid-2018. With the release, L. Martin mentioned that he designed “Playful Enemy” so that everyone could find at least one song that they connect with. This was done by making the songs very diverse. Varying in lyrical content and instrumentation, “Playful Enemy” is a brilliant blend of the melancholy and the playful. This blend is the overarching element that defines (and has always defined) Luke Olson as an artist.

The EP starts with “Anymore,” a song that is clearly about some kind of a breakup based on differences. Unironically, The Walters split due to differences in the band’s vision. While it may just be about a relationship, there’s a good chance that it is dancing around the breakup of The Walters, a group that Olson poured his whole heart and soul into. This heart and soul is still seen on “Playful Enemy,” but you can tell there is more emotion there than before.

The second track, “Traveler,” opens with a catchy little guitar riff that carries us through the entire song. The riff and the overall style of the song is reminiscent of some acoustic rock of the early- to mid-2000s. This is where we really see L. Martin catering to all audiences—it is a style that The Walters would never have dreamed of pulling off. L. Martin pulls it off smoothly and effortlessly. “Writing to My Yesterday” is another laidback track that captures the upper range of Olson’s voice, which is incredibly unique. I have always loved Olson’s upper range — there is the sound of slight vocal strain, which makes his music so much more human. It is quirky and conversational and real.

Track four, “Talking to You,” is about a strained relationship. As the song builds, it becomes increasingly drenched in emotion. This emotions spills over into the next song, which is by far my favorite on the EP. “Broke” starts with the upbeat strumming of chords on an acoustic guitar. As the title suggests, the song is about a person who is breaking at their core. Lyrically, it captures the experience of suffering. A main theme in “Broke” is Olson’s weakened connection with God. Coming from a Catholic background, the deterioration of this relationship is emotionally tolling on Olson as this relationship is so central to his core. The song is beautiful, tragic, and, in the end, hopeful.

This brings us to the last song, “Playful Enemy,” which is the EP’s namesake. It is the most instrumentally powerful song on the album, bursting with energy and vivacity. L. Martin has always had a flair for dramatics, and this is best depicted on this final song. It is a song that begs to be performed live — heavy on drums and packed with forceful vocals, it is a perfect end to a tremendously meaningful album. This is Olson’s first real appearance back on the music scene post-Walters, and it is triumphant. We feel what he feels, we see what he sees, we want what he wants. This is pure, unsolicited Luke Olson, and what a beautiful thing that is.