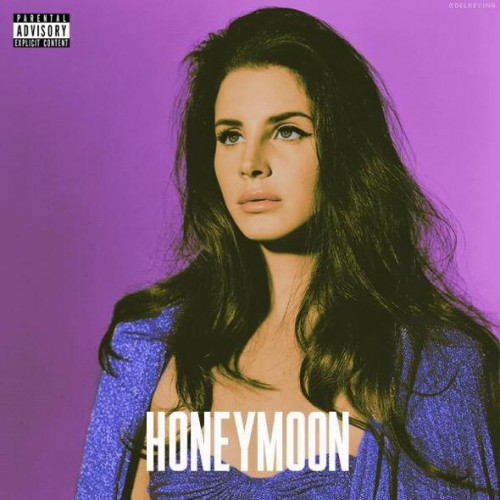 Following up the success of Ultraviolence (2014), Lana Del Rey once again delivers a new album that represents all that we already know and love her for. With her ethereal, but sometimes solemn, voice you often feel like you are listening to the soundtrack of an old classic Hollywood film. Unlike other artists, Lana Del Rey is consistent in maintaining this character that suits the type of music found in any of her albums. In her latest album Honeymoon, you are listening to the songs that best describe the aftermath of a terrible relationship. It could be better known as the next break up album. As usual, she comes off as a character who is in and out of torturous relationships that constantly bind her into making bad life choices. A track like “God Knows I Tried” represents the ultimate hangover song as she exposes her helplessness with the depression and boredom she suffers, from the fame she cannot escape.

Whether or not she actually feels this way, Honeymoon has solidly defined her persona, which makes you wonder if there is ever more to it. The surprises to be found in her latest album are a poetically beautiful line or two that can easily be the next irrelevant caption to your latest Instagram post. The title track of this album is surprisingly a much more soulful representation of the classic girl falls for Mr. Wrong tale. The opening lines of it, “We both know it’s not fashionable to love me,” perfectly represent most Lana Del Rey songs to date. Throughout, there is a sense of lustfulness in many of the songs, including her previously released “Music to Watch Boys To.” Most of this album brings everything back into full circle in terms of sounding more similar to her debut album. With a variety of string arrangements, the production from Ultraviolence takes a backseat in order to showcase this female powerhouse vocalist. There are still a few tracks like “Freak” that will excite fans with its catchy beats. A track like “Art Deco” is quite beautiful since it showcases Lana at her best musically, but also mentions more relatable struggles to the party girl antics of her persona. Clearly she is profoundly inspired by the film noir genre of music which can be heard the most in her song “Salvatore.” Perhaps the most talked about song off the album is the Italian twist found in the chorus of the track.

There is nothing quite different from her previous albums to be found in Honeymoon. With this album she seems to be establishing herself as an artist with a great amount of consistency in her style. This album’s vibe definitely leave you wanting more from her in terms of stepping out her comfort zone into a style that helps her grow artistically. The best place to start is with her first single “High by the Beach,” which really sets the vibe for the album. Overall, she accomplishes what you expect from another great album by Lana Del Rey.