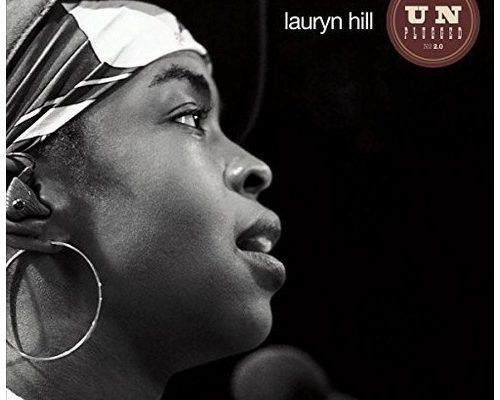 Lauryn Hill’s first solo album, The Miseducation of Lauryn Hill stands as a symbol of solidarity for female artists, an emblem of self-empowerment. Creating this album as an independent musician after breaking off from her former group, The Fugees, while also pregnant and twenty two years old, Lauryn defeated all odds as a female in the music industry. It is an extremely powerful album encompassing all forms of love and the emotions experienced along with it-joy, heartache, acceptance. To this day this remains her most celebrated work, a flawless production with bits of pop, soul, reggae, and hip-hop.

Four years later came MTV Unplugged No. 2, a raw and intimate collection of unrecorded songs delving into Lauryn’s personal life, her once unbreakable voice worn down by past tribulations and the strains of touring. Listeners weren’t exactly ecstatic with her sophomore debut, expecting a more polished/mature version of her previous smash hit. But instead, Lauryn delivered a performance she deemed necessary, a truthful account of the emotional burdens which had been accompanying her alongside the past years.

Interludes separate each track from the other, “Mr. Intentional” the first song which reveals the true colors of a pretentious, secretly manipulative man. The concept Lauryn references is aimed at the typical “nice guy” you would find, or men falsely supporting women throughout the world in any situation anywhere. Further in the song she takes a closer look at her faith and the aftereffect of good intentions and their relationship with internal intentions. This album differs from any of her previous work, as it is a deep reflection of every aspect of Lauryn’s life, a chance to accept the past while owning the strength to move forward. A blend of simple acoustics and the passionate wavering of Lauryn’s vocals makes it an effortless rendition, this side of Lauryn free from public illusion.

“I Find it Hard to Say (Rebel)” follows a similar melodic formula, paying homage to the shooting of 23 year-old immigrant Amadou Diallo, a wrongful and tragic murder with his life snatched out from him just like that. It was incomplete, never getting the chance to reach its full potential. The words ,“We must destroy in order to rebuild”, stand tall in a society naturally steering towards lies and vanity, Lauryn preaching a complete rebuilding of the soul and a natural growth towards love. She condemns selfishness, the world becoming blind to the pain and tragedies that do not affect them.

There is a poetic flow throughout the album, expressing the absolution Lauryn seeks to obtain from the people who had previously hurt her. Debate surrounds the release and direction of this album, a different version of the pop star uncovered years later in an emotionally draining performance. But this album does not exist for the pleasure and entertainment of other people, but for Lauryn and her spiritual self. There is no reason for it to be compared to a regular album, as it strays far from that. It was the breakthrough needed after years of unhappiness and inability to find solace whilst leading a life of fame.

Towards the end is “I Gotta Find Peace of Mind”, an ode meditating on the search for identity and peace, a common theme which Lauryn dwells upon in her journey. She finally feels free from the bonds of society and man, finding spiritual guidance through her music along with the trust and love she feels towards her creator, being able to have found her peace of mind. “Mystery of Iniquity” follows promptly, a highly acclaimed track which Kanye West would attempt to sample on “The College Dropout”. The song references a phrase found in the Bible shedding light on the works of unjust and immoral behavior already at work, tying in the inadequacy of the American legal system. “All falls down” symbolizes American consumerism and the gluttony revolving around it, the governmental treatment of the marginalized and misfortuned clear to the public’s eyes. Justice seems to vanish when money becomes involved, failing to be delivered. Lauryn turns to the audience and asks-can we trust this corrupt system? Meant to “properly serve and protect?”. It is a questioning of everything that may have ever held some sort of importance in society.

No one was prepared for such a loud declaration and objection to every fault leading to society’s demise. To this day Lauryn’s stripped down version of vocals and instrumentals echoes a certain aching of the soul, a search for spiritual liberation from societal and individual restrictions and perceptions. It is a beautiful and flawlessly visceral performance executed with the smallest flaws, the follow-up to Miseducation, a proper battle cry in the form of words and poetic expression. An intimate and raw moment monumental to her acceptance of being the person she was meant to be.