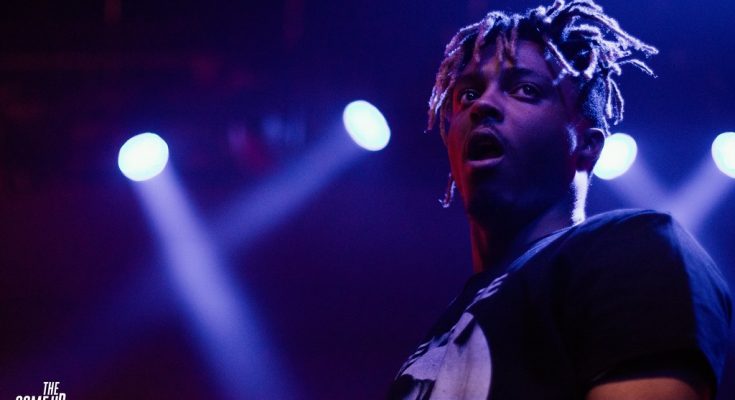 We’re just over halfway through 2020, and one of the few saving graces we’ve had through the laborious odyssey of a year is how much great music has been released thus far. Big names like Tame Impala, Future, Lil Wayne and Lil Uzi Vert have flooded new content into the mainstream while lesser known artists like JPEGMAFIA, Chicano Batman, Deante’ Hitchcock and Khruangbin have provided a steady stream of quality music for those who like to dig a bit more to find their favorite artists. During a time of strife and incredible uncertainty, having such a high volume of fresh music is something that should make everyone rejoice. No new releases should be taken for granted.

With that being said: man, am I sick of getting new posthumous albums.

Three of this year’s most anticipated albums — Circles by Mac Miller, Shoot For The Stars Aim For The Moon by Pop Smoke and Legends Never Die by Juice WRLD — all have one thing in common: the artists that made them are no longer with us. Mac Miller was 26 years old when he left this earth far too soon. Juice WRLD was 21. Pop Smoke was 20. All were vibrant, healthy young men who brimmed with talent and had bright futures lying ahead. All are now dead.

My distaste for the present slew of posthumous albums is no knock on them as musical products. The projects were solid overall, and there is obviously no reason anyone shouldn’t enjoy posthumously released albums to pay tribute to late artists. However, as a community of music listeners, we must not get used to posthumous albums from artists old as the average college student. To become numb to the frequent deaths of young musicians is to normalize the phenomenon — this is something that cannot be afforded, as more lives will be lost and less people will feel the need to do something about it.

When analyzing the deaths of the aforementioned deceased artists, it becomes clear that young artists are taken from us in a variety of different ways. As fans, this gives us the illusion that the problem is beyond us and that the situation is rather hopeless, leaving us with no part to play in the prevention of such tragic events. However, this is irrefutably false and is a poor lens through which to view the well-being of our favorite artists.

Too often are artists viewed as commodities before being viewed as people. This problem dates back over numerous decades, as one need not dig deep to discover the damage the commodification of musicians has wrought upon the music scene. Look to the career of an all-time legend and see how Prince’s demanding record label saw him change his stage name and perform on live television with “slave” written across his face. Look to the most formative days of hip-hop and see why many believe that Suge Knight and his label corrupted Tupac Shakur and contributed heavily to his downfall and eventual demise. Now, look to the present and see young artists dropping like flies due to the shameless disregard for their mental health.

It’s all fun and cool to listen to people like Mac Miller or Juice WRLD rap about depression and drug addiction until their lives are cut short by the very subject matter that their fans love to party to at full blast. This is not to criticize anyone for enjoying such music — I certainly enjoy it — but rather to make the point that it’s our job as fans to not selfishly commodify the pain of artists for our pleasure. Too often do we listen to new music that very clearly expresses how some of our favorite artists are struggling heavily with reliance on drugs, poor mental health, etc. and blindly consume it as something that’s just fun to bump in the car. We cannot lose sight of the fact that, at their core, the people who provide us with our favorite music are just that: people.

People struggle. They have trials and tribulations, ups and downs, hills to climb and demons to fight. When someone we care about shares that they are deeply struggling with mental health issues, addiction, or anything of the sort, we’ll drop everything to provide them with the necessary support — why don’t we apply a similar level of concern to musicians? Not to imply that we should emotionally invest into musical artists as much as we do close friends or family members, but it would be downright false to claim that we didn’t care about our favorite artists. Therefore, we should take concern with their well-being too.

The primary issue is that we care greatly about musicians as musicians, but not nearly enough — if at all — as human beings. While record labels who disregard the mental health of their clients are often blamed if any of their clients suffer a tragic demise, the fans of these artists are also partly reprehensible. The reason for their culpability is because, by and large, fans subliminally feed into the toxic culture that festers within the music industry in which artists are viewed only as a means to an end rather than an end in themselves; that is to say, as someone who produces a good rather than as a good in their own right.

In order for progress to be made in the prevention of further tragedies occurring, we as listeners must be the ones to initiate change — let’s collectively start caring about the mental health of our favorite artists. We might not be able to provide any musician with direct emotional counsel but attacking the larger problem at its roots by viewing artists through a more humanized lens is a necessary first step in the fight against dilapidated mental health among performers.

Never devalue the impact you can have in this fight as a music listener. While your individual efforts in this battle may seem insignificant, remember that change needs to begin somewhere — Bruce Springsteen would kindly remind you that “you can’t start a fire without a spark.” All of your favorite artists and bands wouldn’t dream of being where they are today without the troves of people like you who care enough to listen to their music. Now it’s time to extend that care further by not becoming used to beloved artists dying young, but rather raising awareness about their mental health as to prevent any more of them from leaving us too soon.