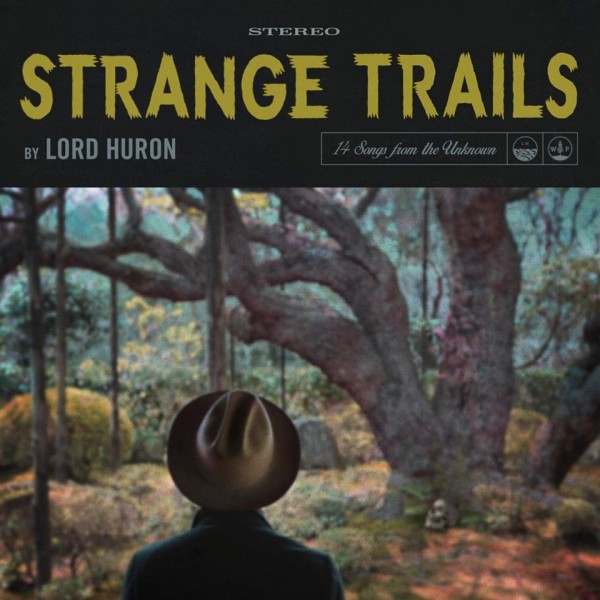 For anyone who listened to Lord Huron’s first album, Lonesome Dreams, it should already be clear that the group is somewhat consumed with the ideas and themes surrounding death, immortality and ghosts. For such a fairly young group, these ideas are only increased in their sophomore album, Strange Trails. For a band I sincerely hope is only beginning their tenure in the music industry, they seem to only sing about the end.

While I’m constantly plagued by any potential apocalyptic expression, Strange Trails (and Lonesome Dreams) are nothing short of exemplary. I’d be glad to have the world end if these songs were its soundtrack. It’s a second album that slides through the sophomore slump, and while it doesn’t offer senses of innovation or newness from its predecessor, Strange Trails creates a seamless pairing between the two albums.

Further, it creates a seamless pairing between each of the individual tracks. There are indistinguishable transitions between the album’s best songs – such as “La Belle Fleur Sauvage” going into “Fool for Love.” “Fool for Love,” one of the best songs and the first single from the album, is a jaunty tale of a man on a quest for his love. It holds a new hop and flows with vibrancy that sounds like a calypso streaming through a forest. And while many of the songs take on new solemnity and melancholy that wasn’t prevalent on their freshman LP, it is songs such as “Fool for Love” that cast a swift rebound, and lasting uplifting impression on the tone of the album.

Strange Trails could have benefited from a more unique departure from Lonesome Dreams. The nature diction is overwhelming, especially in conjunction with the first album, and while it is the perfect soundtrack for any woodland adventure, at points, the focused lyricism comes off as overwhelming, despite the poetic attempt.

“Love Like Ghosts” and “The Night We Met” bookend the album, with “The Night We Met” capping off the album with an almost cliffhanger of unhappiness. The entirety of the album is sung as a story of unrequited love and thorough pining, frequently told through nature. A desire for love to be endless, but if love is absent, for the world to end. This is the signature of Lord Huron – throughout all of their albums and EPs: The nature imagery that grows strong to tell stories and travels of its characters. In ways, this album is more of a book in the form of a musical experience, and I cannot wait for the next chapter.

RIYL: Sufjan Stevens, Radical Face, The Head and The Heart