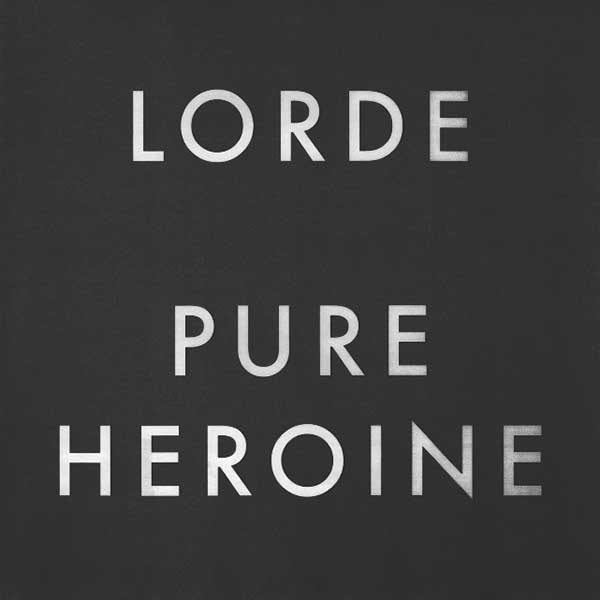 Although not officially elected, Ella Yelich-O’Connor, stage name Lorde, has taken the thrown at number one. Number one where, you might be asking, Billboard Top 100? Yep. iTunes Number One Song? Yes sir. Kanye West’s favorite new artist? Possibly, at least he told her he “liked the messages in her songs”. (More on that here) Her previously released EP, The Love Club, hit number two in her homeland, and number twenty-three in the US charts. Her full-length album, Pure Heroine, was named top rock album and number one in the alternative album charts. It was released in America with Republic Records, you know, alongside Florence + the Machine, Drake, Nicki Minaj; need I go on?

If you haven’t yet heard/seen this soon to be 17 year-old New Zealander, let me introduce her to you with three minutes of almost uninterrupted eye contact. Take a look at her music video for the opening track on her album, Tennis Court, here. I’ll admit it; she intimidates me. There, I said it. She writes all of her own songs, and co-composes the backings. On top of that, she is writing pretty good messages in her songs; we aren’t listening to ten tracks about her ex-boyfriends. In an interview with New York Magazine, she says “You can go to Taylor Swift for that.”

By far, the most popular song on the album is “Royals”. In the track, she proclaims, “We aren’t caught up in your love affair” before entering her first run of a simplistic, yet addicting chorus. This minimalistic style of music is seen throughout the entire album. Each track features little more than vocals, synth, bass, and a beat. This more basic method leaves room to appreciate the aptitude and uniqueness of O’Connor’s voice. She displays an incredible amount of control, and even acts as her own back-up vocals on each song. Her abilities are possibly best exhibited in her ninth track on the album, “White Teeth Teens”. We hear an original rasp to her voice when she sings low and slow, and a purity as her voice reaches high into the top of her range.

A considerable standout on the album, “Ribs”, doesn’t quite fit with the rest of the record. At first, I skipped past the song; after all, it has an almost minute long introduction of drone synths and pulsing chorused vocals. It took awhile to figure out that she is creating a constant build with the song. True, she does start at the bare minimum with an arrhythmic synth but builds the song to its peak at just under three minutes into the track. The song contains an insightful message of the complexity of friendship, and the pain you get in your ribs from laughing too hard.

“Glory and Gore” takes on an interesting harmonic choice at the bridge starting about two minutes in. There is a punchy major-third used as an accent on two and four in an otherwise minor section of the song. At first it just sounds crunchy and dissonant, but upon further listening, it is clear that the major/minor conflict is merely reflecting the ideas in the lyrics. Some major themes are presented, “The sun is starting to light up… we will always win at this…” and are directly contrasted with, “No one round here’s good at keeping their eyes closed” and “I guess we’re really fighting ourselves”.

Overall, I enjoyed the album. It’s cool to see people responding so well to music with a different message than getting drunk and having sex. “Royals” is being played on Top 40s radio stations across the country alongside the very songs and artists it criticizes. (We play it on WPGU, too) And most importantly, I think the album is pretty refreshing. It has unique style, and I appreciate her willingness to be different. I think she might be the best thing out of New Zealand since Flight of the Conchords, but I don’t follow New Zealand closely enough to be sure. One thing that I am sure about is that this album is worth checking out. It’s prefect for walking around campus or blasting right before you go out. The only chance you will have to see her live in America before this calendar year ends is in Seattle in December, and if you need someone to help cover gas, I’m down.