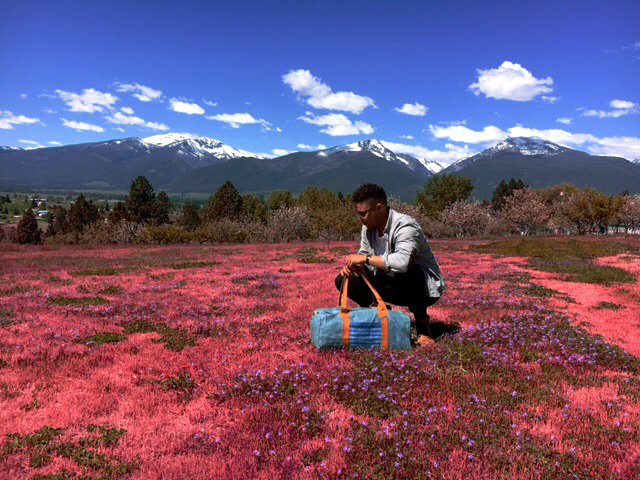 3.25.18 –  Chicago and Champaign-based artist Louie Kason has come out strong in his first project, “Louie and the Duffle Bag.” The six song EP is filled with melodic flows over airy, 808 heavy beats accompanied perfectly by his smooth voice. Louie does a great job making these beats his own by not succumbing to the natural flow of the beat and instead making his own flow, causing the beat to adhere to his pace, similar to artists such as Lil Uzi Vert or Anderson Paak. He truly proves his versatility in the 15 mesmerizing minutes of this EP, going from quick spit verses in songs like “Story Telling” and “Panoramic,” to slower, more melodic flows in songs like “Philly Nights” and “In Too Deep.” But in every song, there is a hint of musicality that is distinct from most rappers, which in Kason’s case comes from a background on piano, jazz guitar and singing in choirs as a child and teenager. These skills only make the EP more complete as it adds an experimental element to an artistry that can otherwise be compared to grittier rappers like Maxo Kream and 03 Greedo. Yet, it still maintains the gritty, underground sound that so many emerging artists and fans are familiar with. Overall my favorite song is definitely “I’m Not Groovy” (which was previewed live on WPGU’s Loud and Local) simply because of its obvious club potential; it just makes you want to dance. All in all, “Louie and the Duffle Bag” is a strong debut by Louie Kason, delivering an array of sounds that are sure to catch the ear of the common listener. I’m very excited to see what the future holds for Louie Kason — because for him, the sky’s the limit.