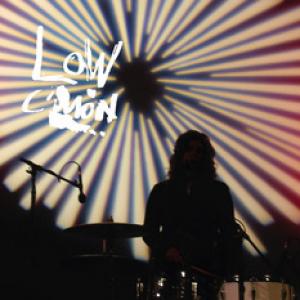 In 1993, grunge bands ruled the mainstream music scene and reluctantly called grunge because of the crunchy guitar, raspy vocals, and negative lyrics. When Alan Sparhawk and John Nichols began jamming together, they played quiet and gentle songs as a joke, but then realized they could start something. That something was the beginning of Low, and the two added Sparhawk’s wife on drums.

Low’s new album reveals the bands dedication to the same style of subdued songs that the band started playing in 1993. Sparhawk plays an electric guitar that takes riffs that seem like they could be an upbeat rock song, but he slows them down and makes it sound like the album is in slow motion. Throughout the album, the band gets its power from sustaining the chords and creating a unique vocal melody. If you were to sing along to a song like “Nightingale,” a one word lyric is carried out by Sparhawk long enough to make you lose your breath.

The reason this formula of sleepy melodies works so well is because of the talent of the singers, Sparhawk and drummer Mimi Parker. The way the band utilizes the male and female vocals provides subtle contrast in each song and creates dramatic moments when they sing together. One song it may Sparhawk lead singing and the next it may be his wife Parker.

Lyrically, Low thrives on repetition and simplicity in order to let the vocals give a deeper meaning. In “Nothing but Heart,” the band sings the lyrics ‘I’m nothing but heart’ for over three minutes to end the song. Instead of being dull and boring, the repetition seems to put the listener in a trance and allows the vocal melodies to sink in. Sparhawks guitar drives that ending by having a guitar ambience that sounds like a typical Slash solo, only slightly slower tempo. This guitar shouldn’t be too surprising; the band still mainly uses electric guitars, just not for bashing out. Low proves once again that their unique tempo to the songs allows the artistic talent in C’Mon evident.

Key Tracks: “Nothing but Heart,” “Something’s Turning Over,” and “Try to Sleep”.

Recommended if you like: Yo La Tengo, Red House Painters and Stars of the Lid.