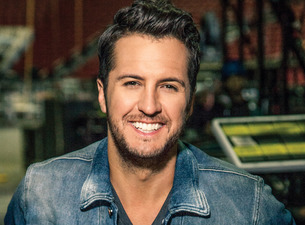 If there’s one country artist who knows how to put on a show, it’s Luke Bryan. It was pretty easy to see why he was the CMA and AMCA “Entertainer of the Year” within the first five minutes of his show. The sheer magnitude of the crowd he brought out to a farm down in Effingham Illinois was something to see in itself. Not only were the attendees excited to see Luke perform, they were all around happy to be there and share the experience with each other. Luke Bryan’s Farm Tour was a unique experience I was lucky to be a part of.

The night began with a walk through what seemed like endless farmland illuminated by the lights and sound of the massive stage and venue set up. The place was surrounded by trucks and crowds, enticing everyone to make their way through the lines and get inside. When I finally made it to the entrance, it was like walking into the best adult carnival I had ever seen. Food trucks offering home-made Mac n cheese, deep fried Oreos, cheese fries, merchandise, and of course “Luke Bryan Farm Tour” drinks surrounded the outskirts of the venue. In the center was a crowd of hundreds, dancing and cheering with the music.

Chris Jansen, a country-hip-hop DJ, and some of the most famous country music writers got the crowd all riled up before the man of the hour stepped on stage. When it was finally time, the entire crowd roared for Luke Bryan as he entered to “Kill the Lights”. The spotlight illuminated the dancing cowboy as he shook it to his captivating songs. He worked his way through his many albums including hits like “Play it Again”, “Here’s to the Farmer”, and “That’s My Kind of Night”.

Luke brought an insane amount of energy to his stage, dancing with his guitar player, running up and down the platform into the crowd, and interacting with the crowd surrounding the platform. The whole time he was up on the big screens, so even the partiers in the back could see him. It was a positive experience for every person on the farm that night, young and old. Luke Bryan’s flawless vocals and liveliness made the entire show one for the books.

View all posts by Alex Anderson →